Azad said, 'We stand with govt for unity and security of nation and security forces. Be it Kashmir or any part of the nation.' 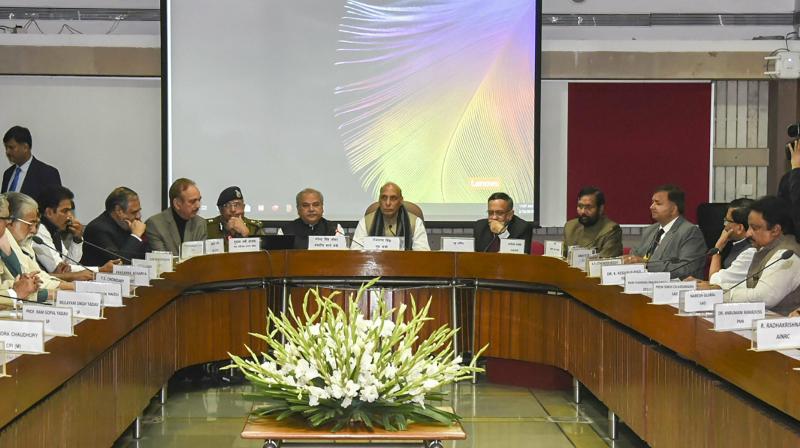 The meeting was convened by Home Minister Rajnath Singh, who was in Kashmir on Friday to take stock of the situation.(Photo: PTI)

New Delhi: An all-party meeting, called by Modi government concluded on Saturday about the Pulwama terror attack and security situation in Kashmir.

“As per our knowledge barring wars, this is the first time that such a large number of personnel have died since 1947. All parties and countrymen, from all religions and regions are mourning. At a time like this, our party has decided that we are with the security forces and the local police in J&K,” Azad added. 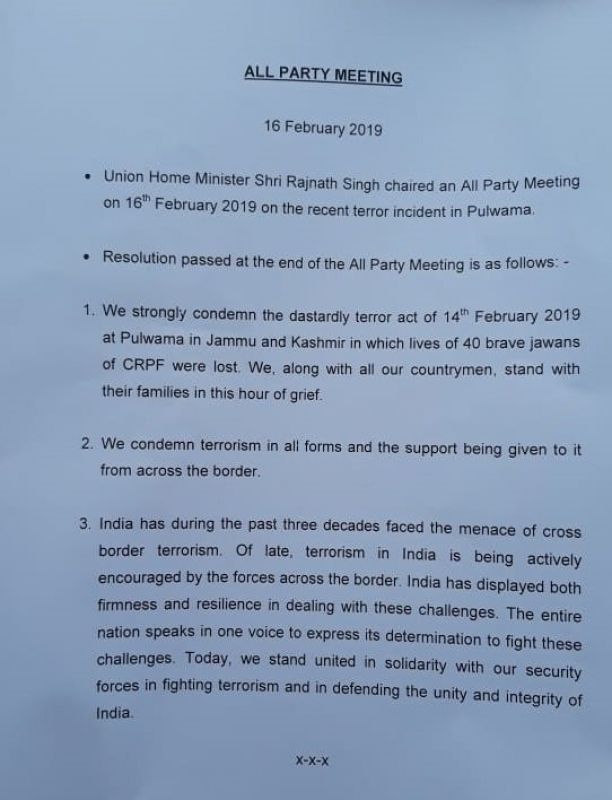 A resolution was also passed at the all party meeting condemning the “dastardly attack of 14th February 2019 at Pulwama”.

“We condemn terrorism in all forms and the support being given to it from across the border,” the resolution said.

Parliamentary affairs minister Narendra Singh Tomar said that during the meeting, the home minister took a firm stand on terrorism in Jammu and Kashmir and said that the security forces have a free hand.

“The home minister said we will rid Jammu and Kashmir of terrorism. He said security forces have a free hand. We have had a zero tolerance for terror and this attack is in response to this,” Tomar quoted the home minister as saying.

The meeting was convened by Home Minister Rajnath Singh, who was in Kashmir on Friday to take stock of the situation. It was attended by Ghulam Nabi Azad, Anand Sharma and Jyotiraditya Scindia of the Congress, Sudip Bandyopadhyay and Derek O'Brien of the TMC, Sanjay Raut of the Shiv Sena, Jithendra Reddy of the TRS, D Raja of the CPI, Farooq Abdullah of the National Conference, Ram Vilas Paswan of the LJP among others.