India   All India  16 Feb 2018  Organisations working for Bhopal gas tragedy victims to campaign against BJP in bypolls
India, All India

Victims alleged that the ruling party has failed to resolve the issue of compensation to those who suffered in the industrial disaster. 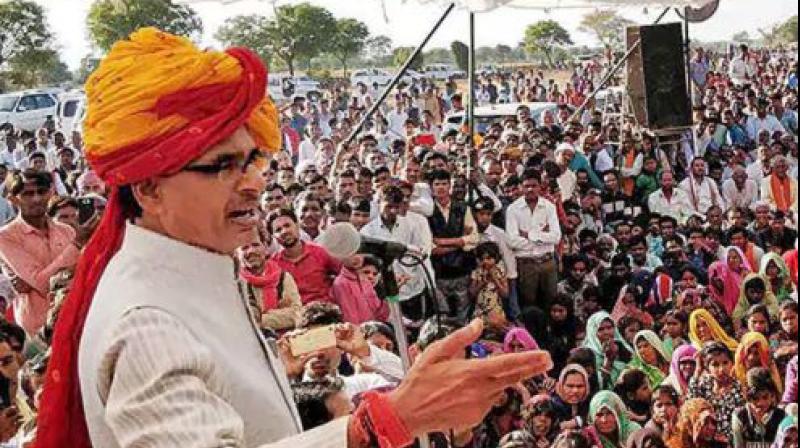 Bhopal:  The organisations working for the cause of the Bhopal gas tragedy victims on Friday said they will campaign against the BJP in the upcoming bypolls to two Assembly seats in Madhya Pradesh.

They alleged that the ruling party has failed to resolve the issue of compensation to those who suffered in the world's worst industrial disaster.

The five organisations fighting for the rights of the gas victims told reporters that they will raise their issues during the campaign for the Mungaoli and Kolaras Assembly seats bypolls slated this month, and also during the state elections due later in 2018.

Bhopal Gas Peedit Mahila Stationery Karmchari Sangh president Rashida Bee said they would highlight the alleged false promises made by BJP leaders regarding compensation to the industrial disaster victims in their voter education programme ahead of the bypolls.

"We plan to share copies of official documents with the electorate in the two areas to substantiate our allegations of betrayal by the BJP leaders," she said.

"The by-elections will be our first step in making the long pending issues of the gas disaster a part of the state polls later this year and the general elections next year," she further said.

"We hope to provide a critical edge to ensure the defeat of BJP in Mungaoli and Kolaras," Rashida Bee added.

"Our strategy is to present facts on the government's betrayal of the promises on compensation to the six lakh victims of the disaster," he said.

Bhopal Group for Information and Action's Satinath Sarangi said they will not align with any political party and seek public support for their campaign resources.

The bypolls in Mungaoli and Kolaras Assembly seats will be held on February 24, and the counting of votes would take place on February 28.

The byelections were necessitated following the death of the sitting Congress MLAs Mahendra Singh Kalukheda (from Mungaoli) and Ram Singh Yadav (Kolaras).

Thirty-three years after the Bhopal gas tragedy, the survivors are still fighting for adequate compensation and proper medical treatment for ailments caused by the toxic leak.