The Supreme Court has now decided to hear the matter on February 2. 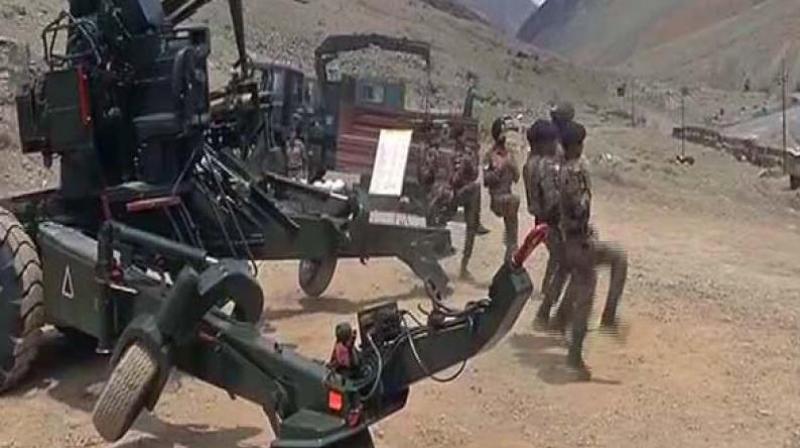 'We expect the petitioner to argue the matter on the next date of hearing and argue the parameters on grant of leaves,' the bench also comprising justices A M Khanwilkar and D Y Chandrachud said. (Photo: Twitter | ANI)

A bench headed by Chief Justice Dipak Misra noted that the CBI has not filed any appeal in the apex court challenging the May 31, 2005 Delhi High Court judgement and asked the petitioner to explain his locus in the case.

"We expect the petitioner to argue the matter on the next date of hearing and argue the parameters on grant of leaves," the bench also comprising justices A M Khanwilkar and D Y Chandrachud said.

The matter will be now heard on February 2.

Justice R S Sodhi of Delhi High Court, since retired, had on May 31, 2005 quashed all charges against the three Hinduja brothers -- Srichand, Gopichand and Prakashchand -- and the Bofors company, castigating the CBI for its handling of the case, saying it had cost the exchequer about Rs 250 crore.

Agrawal, who had contested the Lok Sabha elections in 2014 from Rai Bareli against the-then Congress president Sonia Gandhi, has filed an appeal in the apex court against the 2005 verdict of the high court.

Before the 2005 verdict of Justice Sodhi, another judge of the Delhi High Court, retired Justice J D Kapoor, had on February 4, 2004 exonerated late prime minister Rajiv Gandhi in the case and directed the framing of charge of forgery under section 465 of the IPC against Bofors company.

The Rs 1,437-crore deal between India and Swedish arms manufacturer AB Bofors for the supply of 400 155mm Howitzer guns for the Indian Army was entered into on March 24, 1986.

Swedish Radio on April 16, 1987, had claimed that the company had paid bribes to top Indian politicians and defence personnel.

The CBI on January 22, 1990 had registered the FIR for alleged offences of criminal conspiracy, cheating and forgery under the Indian Penal Code and other sections of the Prevention of Corruption Act against Martin Ardbo, the then president of AB Bofors, alleged middleman Win Chadda and the Hinduja brothers.

It had alleged that certain public servants and private persons in India and abroad had entered into a criminal conspiracy between 1982 and 1987 in pursuance of which the offences of bribery, corruption, cheating and forgery were committed.

The first chargesheet in the case was filed on October 22, 1999, against Chadda, Ottavio Quattrocchi, the-then defence secretary S K Bhatnagar, Ardbo and the Bofors company.

A supplementary chargesheet was filed against the Hinduja brothers on October 9, 2000. A special CBI court in Delhi on March 4, 2011, had discharged Quattrocchi from the case saying the country could not afford to spend hard-earned money on his extradition which had already cost Rs 250 crore.

Quattrocchi, who fled from Delhi on July 29-30, 1993, never appeared before any court in India to face prosecution. He passed away on July 13, 2013. The other accused persons who died are Bhatnagar, Chadda and Ardbo.