People believe children will not suffer ailments if branded. 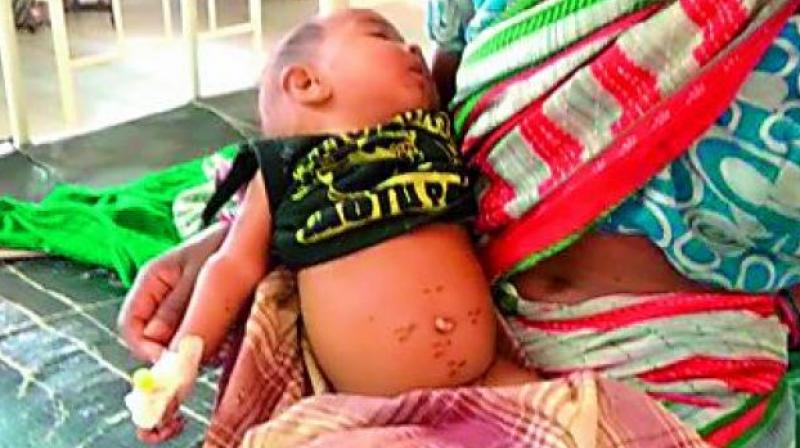 Bhubaenswar: Superstition of branding children with hot iron for curing them from ailments continues in some parts of Odisha. A fresh incident was reported on Monday from Thoria Chhanda village under Bhuban block in Dhenkanal district, where more than 25 children were branded with hot iron rod to cure stomach ailments.

People in the area have belief that the children will not suffer from any other stomach ailments in future if they are branded with hot iron a day after the auspicious Makar Sankranti.

According to reports, over 25 children were laying on the ground to be branded with hot iron at Thoria Chhanda to cure various types of stomach ailments. The parents and family members were standing beside the victims just to witness their children to be subjected to the torture in name of tradition and blind belief.

The incident occurred in the area near the residence of state mines minister Prafulla Mallick under the Kamakshya Nagar police limits.

When contacted, the district child safety officer said that he was not aware of any such incidents in the area.

Shockingly, this age-old traditional practice is carried out every year post Makar Sankranti.

Notably, the branding with hot iron and copper rods incidents are reported from across the state in media every month. However, the administration is yet to wake up to such incidents.