TMC supremo and Chief Minister Mamata Banerjee will hit the streets from Monday in protest the law. 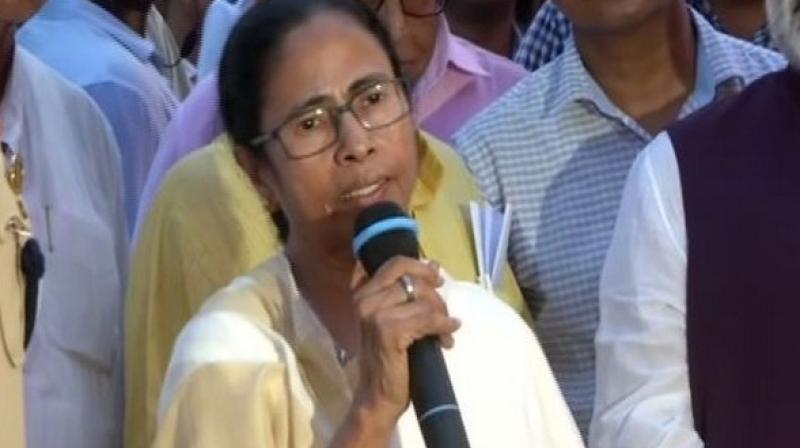 The district magistrates of the two districts were told to make sure that the passengers stranded on the roads and the tracks do not face problems in getting food and water, a senior government official said.

The ruling Trinamool Congress (TMC) in West Bengal took out rallies across the state on Sunday, protesting against the amended Citizenship Act.

Several senior party leaders, including ministers, led rallies in various districts and also appealed to the people to maintain peace and refrain from indulging in violence.

Carrying posters and placards, TMC members shouted slogans against the Modi government and demanded that the new citizenship law be immediately scrapped.

"We want this divisive Citizenship Act to be immediately scrapped. Our state government has already said that it will not be implemented in Bengal, so we appeal to the people not to take law into their hands, and protest peacefully," senior TMC leader and education minister Partha Chatterjee said.

TMC supremo and Chief Minister Mamata Banerjee will hit the streets from Monday in protest the law.

For three consecutive days, Banerjee who has been at the forefront in opposing the law, will crisscross the city in protest.