Calling India to solve its 'internal matter' he also pinned hope on the improvement in bilateral ties between the two neighbours. 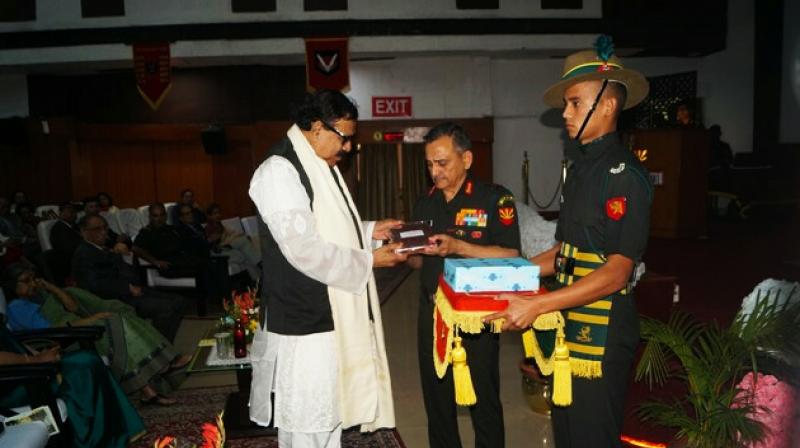 Kolkata: A Bangladeshi MP, Shahjahan Khan on Sunday described the National Register of Citizens (NRC) and the Citizenship Amendment Act (CAA) an 'internal matter' of India in wake of diplomatic acrimony between the two countries recently due to a controversy over the two burning issues.

Calling India to solve its 'internal matter' he also pinned hope on the improvement in bilateral ties between the two neighbours.

The Awami League MP of Madaripur-2 is leading a Bangladeshi delegation of Mukti Joddhas and their families attending the Vijay Diwas Celebrations at the Eastern Command Headquarters, Fort William.

About the controversy on NRC and CAA, Mr Khan said, "All I want to say is that it is an internal matter of India. I do not have anything else to say. They have to solve it themselves since it is their internal matter."

He was speaking to the media after an interaction between the Mukti Joddhas and Indian war veterans at the Fort William.

On the cancellation of visits by the Bangladeshi foreign minister A K Abdul Momen and home minister Asaduzzaman Khan to India, he noted, "It is not only that our ministers could not come, but even the Japanese Prime Minister also is not coming here. The diplomatic relations should improve. But I do not think it will be affected due to these issues."

Replying to a question on many BJP ministers' threat to drive out of the Bangladeshi immigrants from India, Mr Khan added, "Simultaneously West Bengal chief minister Mamata Banerjee has also affirmed that she would not allow the Bangladeshis to be thrown out."

Hailing India and its armed force's role in the Liberation War in 1971 he earlier told the event, "Many want to destroy the relations between the two countries. But we affirm that we can not allow our relations to be affected because the Mukti Joddhas had once fought the war jointly with the Indian armed forces and we bled together."

Recalling his childhood memories in the city during the war, Eastern Army Commander Lieutenant General Anil Chauhan said, "On December 3, 1971, I was a class VI student at the central school, around 100 yards from here. The then PM Indira Gandhi was addressing a huge public rally nearly two kms away at the Shahid Minar."

He elaborated, "The timing of the school and timing of the rally was same. So when we went out of Fort William, what we saw was a sea of humanity actually. The crowd was ecstatic and there were only shouting of 'Joy Bangla'. Certain civil defence measures were put in place. So there was no transport plying."

Lt Gen Chauhan added, "Me, my younger brother and younger sister walked around 7 kms for home in New Alipore. When I reached, my mother was anxiously waiting for us outside because we should have been home around 2-3 pm. But it was at 7 pm when we reached. Then the news broke India declared war against Pakistan. That is how as a child I saw the war."