One of the six accused Akshay Singh's petition is due to be heard on December 17. 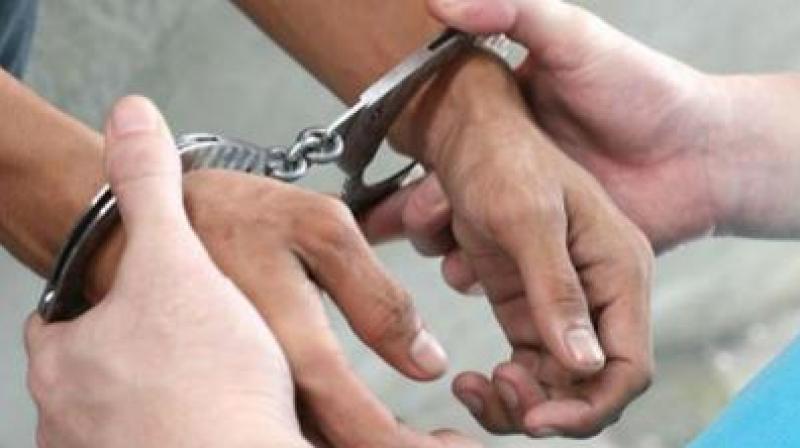 It has been 7 years after that night of December 16 when the 23-year-old physiotherapy intern was savagely gangraped and left for dead on a Delhi street. (Photo: File | Representational)

New Delhi: Narrow, steep and blue, it's a stairway to despair at the end of which lives a mother, caught between the horror of her son being convicted in the gangrape and murder of a woman known the world over as 'Nirbhaya', the fearless one, and the desperate hope he is spared the noose.

Seven years after that night of December 16 when the 23-year-old physiotherapy intern was savagely gangraped and left for dead on a Delhi street, the mother is fatigued, weary and defiant all at once, refusing to even give her full name.

Her son Vinay Sharma is one of the four men along with Mukesh Singh, Pawan Gupta and Akshay Kumar Singh awaiting execution in the case that made global headlines and galvanised a movement for change in the country's rape laws.

Of the other two convicted in the case, Ram Singh allegedly committed suicide in Tihar Jail in 2015 and the sixth, a juvenile, was sentenced three years of punishment in a reform home and released in 2015.

Four of the six men lived in Ravidas Camp, the seamy underbelly of posh RK Puram in south Delhi, where that night of December 16, 2012 is replayed over and over again.

The years of visits to the courts, to the jail to meet her son, still in his 20s, the unrelenting media interest and the burden of guilt have taken their toll on the mother.

"Call me Vinay Sharma's mother. You people know everything, there is nothing else to say. Nobody wants to take our plea to the authorities, you can write whatever you want, it wouldn't matter," she told PTI from behind a flimsy iron door to her home.

Tired of visits and questions from inquisitive mediapersons, the mother of four is hoping her appeal reaches the powers that be and the death sentence is commuted.

While the widowed mother of brothers Ram Singh and Mukesh Singh has left the locality and gone back to her family in Rajasthan, the families of Vinay Sharma and Pawan Gupta still live in the slum colony.

"Vinay Sharma's mother", as she insists on being referred to, sidesteps any questions on the brutality of the incident itself and focuses only on the impending execution of her son.

Struggling with failing health, the woman in her 50s, said no one came to help her when her daughter was in hospital.

"Now people are coming and asking how we are doing, where were all of you when my daughter was critically ill in Safdarjung hospital? I am too sick to talk now. I have just returned from the doctor. I don't know what to tell you, if you think I am like your mother you would write something to help us," she said.

The six men had assaulted "Nirbhaya" and a male friend in a moving bus as it drove through the streets of New Delhi. She was thrown out of the bus -so grievously injured that her insides were spilling out - along with her friend near the airport. A fortnight later, on December 29, 2012, she succumbed in a Singapore hospital.

On Sunday, the unspoken details of the incident were hanging like a shroud over Ravidas Colony.

Talking in whispers, the neighbours said they don't want outsiders to "give more pain" to the family of the convicts.

As the media thronged the colony a day before another December 16 rolls in, the neighbours said the family of five is supported by Sharma's father, who works at the airport.

"Usne jo bhi kiya bura tha, inka to beta hi tha. Dil to dukhega hi (Whatever he did was wrong, but to them he is still their son. It has to pain)," a woman from the neighbourhood said.

The family of Pawan Gupta sells fruits to make a living and refused to talk. But there were others who recalled the days before their colony became synonymous with notoriety and crime.

One teenage girl remembered, "Pawan and Vinay bhaiya" to be helpful and 'normal'.

"We used to sit here till late talking and laughing. Who could have thought they could do such a thing? But our heart goes out to their families. What's their fault? Why should they go through so much suffering?" she asked.

Others in the neighbourhood showed mixed emotions towards the impending execution of the four condemned.

After a whirlwind of protests from all quarters of society, a Delhi court sentenced the four convicts to death almost a year later on September 13, 2013.

In the years that followed, the convicts' appeals to the Delhi High Court and the Supreme Court were rejected.

Last year, the Supreme Court rejected a review petition filed by three of the convicts except Akshay Singh, whose petition is due to be heard on December 17.

While one shopkeeper near the entrance of the camp said the "law needs to take its course and sometimes it takes time", another one commended police action in a recent encounter in Hyderabad in which four accused of rape and murder were killed.

It was a day like any other. Women washing clothes outside their homes, some setting up their carts of vegetables, and others cleaning their autorickshaws before leaving for work.

Amidst the regular hubbub, Sharma's mother asked to be heard in exchange of 'life-long of blessings'.

"I have joined hands in front of everyone, I do so in front of you too. We are very troubled, nobody understands our pain. If you write something good for us I will bless you forever," she said, her voice trailing off in sobs.