AAP leader Raghav Chadha challenged a Delhi HC verdict that paved way for his prosecution in a defamation case. 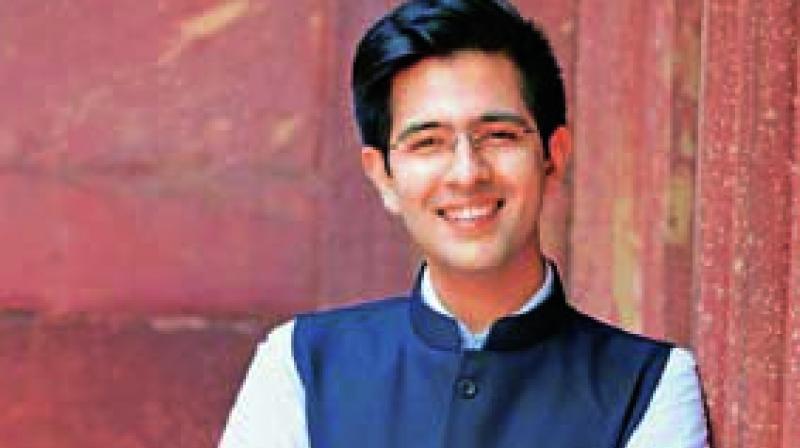 The Delhi HC dismissed 'as devoid of merit' Chadha's plea that he cannot be made to face a criminal case only for retweeting Kejriwal's tweet against Jaitley in the DDCA row. (Photo: File)

New Delhi: The Supreme Court on Friday dismissed an appeal of AAP leader Raghav Chadha challenging the Delhi High Court verdict that had paved way for his prosecution in a defamation case for retweeting an alleged objectionable tweet.

A bench comprising Chief Justice Dipak Misra and Justices A M Khanwilkar and D Y Chandrachud rejected the contention of Chadha that he cannot be prosecuted for retweeting and the offence, if any, has to be dealt under the Information Technology Act and not under the Indian Penal Code (IPC).

"We have heard you enough. Heard. Dismissed," the bench said.

Senior advocate Anand Grover, representing the AAP leader, said the issue involves a Constitutional question as to whether an act covered under the IT Act, can be dealt by a magisterial court with regard to the offence of defamation under the IPC.

Senior advocates, Mukul Rohatgi, Ranjit Kumar and Sidharth Luthra, appeared for the senior BJP leader and sought dismissal of the appeal of Chadha. The plea was allowed.

The Delhi High Court had on September 25 dismissed "as devoid of merit" the plea of Chadha that he cannot be made to face a criminal case only for retweeting Kejriwal's tweet against Jaitley in the DDCA row.

The trial court had summoned him as an accused in a criminal defamation case filed by Jaitley against him and five other AAP leaders, including Kejriwal.

On whether retweeting would constitute an offence of defamation under section 499 of IPC, the high court had said it was a question that has to be determined in totality of the circumstances and has to be decided during the trial.

Apart from Chadha and Kejriwal, Kumar Vishwas, Ashutosh, Sanjay Singh and Deepak Bajpai are also accused in the criminal defamation case filed by the BJP leader.

Chadha had moved the apex court against the high court's July 11 order refusing to stay the lower court proceedings against him in the defamation matter.

Kejriwal and other AAP leaders are facing a criminal defamation suit after they had alleged that Jaitley was allegedly involved in corrupt practices when he was the president of the Delhi and District Cricket Association (DDCA), a post he had held from 2000 to 2013.

Jaitley, who had denied all allegations levelled by the AAP leaders in December 2015, had also filed a civil defamation suit seeking Rs 10 crore damages from Kejriwal and others, claiming they had made "false and defamatory" statements in the case, thereby harming his reputation.