The poll outcome in Gujarat is also expected to dominate the proceedings. 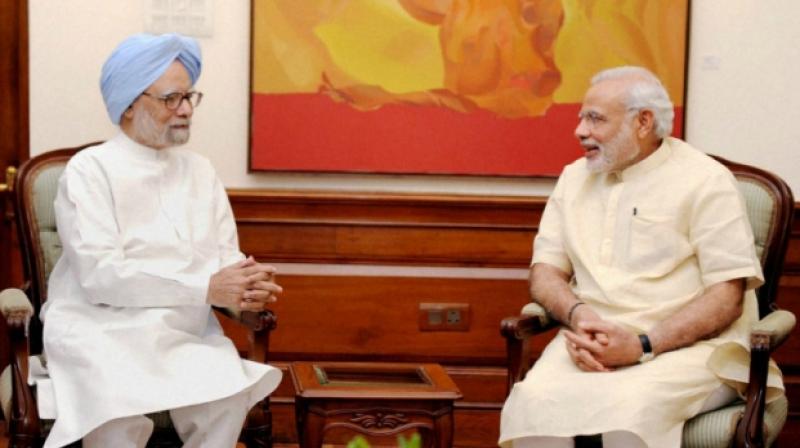 New Delhi: As an often acrimonious Gujarat Assembly election came to an end and with Parliament’s Winter Session due to start on Friday, the Opposition parties led by the Congress met Thursday to chalk out their floor strategy. Later in the day, at an all-party meeting, Prime Minister Narendra Modi sought the cooperation of all parties for the smooth functioning of Parliament. The coming session is set to be a stormy one with the Congress and other Opposition parties, including Trinamul Congress, National Conference, Samajwadi Party, RJD and the Left parties, ready to target the government on a range of issues, including the Election Commission which they allege has become a “puppet” of the government, the Rafale deal and farmers’ distress.

The Congress will also demand an apology from Prime Minister Modi for “casting aspertions” and accusing former PM Manmohan Singh of “conspiring” with Pakistan to influence the Gujarat polls. The Opposition is also expected to raise the recent resignation of BJP MP Nanabhau Patole from the Lok Sabha, citing the saffron government’s “absolute indifference” towards farmers. The Congress has also accused the government of buying the Rafale jets at an inflated cost. The poll outcome in Gujarat is also expected to dominate the proceedings.

Attacking the EC’s role, the leaders of the TMC, RJD, SP, Congress and Left issued a statement saying: “It was indeed shocking that the Election Commission had failed to uphold its constitutional mandate.” It added that this “attitude of the EC has cast an ominous shadow on the credibility of the institution and the integrity of the electoral process”. The Opposition leaders also voiced disappointment and “outrage” over the disqualification of Sharad Yadav and Anwar Ali from the Rajya Sabha. They said the move was “hasty” and “without following due process”. The Opposition meeting was held in the chamber of Leader of the Opposition in the Rajya Sabha Ghulam Nabi Azad.

At the all-party meeting, Mr Modi also pitched for the holding of simultaneous polls to the Lok Sabha and state Assemblies. At the meeting Congress leaders raised the issue of Mr Modi’s claim during a speech in Gujarat that Dr Singh had colluded with Pakistan to influence the state election, and said they would raise it in Parliament. “We will raise it in Parliament. Either the government proves the claim or the Prime Minister apologises. Nothing short of an apology will satisfy us,” Congress Rajya Sabha MP Anand Sharma said.

Speaking to reporters, parliamentary affairs minister Ananth Kumar said the PM had appealed to the leaders of all political parties to help build a consensus. Mr Kumar said: “The main issues will be the supplementary demand for grants, the constitutional amendment (Article 123) on giving the National Commission on Backward Classes constitutional status, and the Muslim Women’s Right on Marriage Bill 2017 to come in this session.”

The government is expected to table 25 pending bills and 14 new ones, including a bill providing Muslim women the right to seek maintenance in case of triple talaq. The minister said that the government was open to discussing all issues.