K'taka to release 2000 cusecs of Cauvery water to TN till Jan 4: SC

The Centre said it was left to the government to frame a scheme for implementation of the tribunal award. 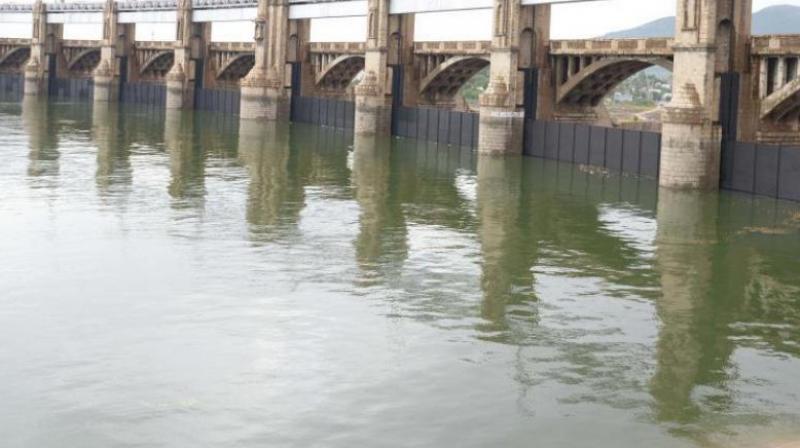 A three-judge Bench headed by Supreme Court Justice Dipak Misra earlier rejected the Centre's stand that the apex court had no jurisdiction to hear the Cauvery river dispute. (Photo: File)

New Delhi: The Supreme Court on Thursday said that the interim order of court on Cauvery Water Disputes would continue till January 4, 2017 and Karnataka would have to release 2000 cusecs of Cauvery water per day to Tamil Nadu.

Earlier on December 9th, the top court upheld its constitutional power and right to hear appeals filed by Tamil Nadu, Karnataka and Kerala against the Cauvery Water Disputes Tribunal final award in 2007.

A three-judge Bench headed by Supreme Court Justice Dipak Misra rejected the Centre's stand that the apex court had no jurisdiction to hear the Cauvery river dispute.

The Centre had argued that the parliamentary law of Inter-State Water Disputes Act of 1956 coupled with Article 262 (2) of the Indian Constitution excluded the Supreme Court from hearing or deciding any appeals against the Cauvery Tribunal's decision. The Centre claimed the tribunal award was final.

The Centre said it was left to the government to frame a scheme for implementation of the tribunal award, and the scheme, once prepared, would be placed before both Houses of the Parliament for approval.

The tribunal in its final award had determined the usable quantum of water of the Cauvery at 740 tmcft. Karnataka is entitled to 270 tmcft, Tamil Nadu to 419 tmcft, Kerala 30 tmcft, Puducherry 7 tmcft, and 14 tmcft is meant for environmental purposes, the tribunal had said.

All three states have opposed the Centre's stand, contending that a parliamentary law cannot stop the Supreme Court from exercising its constitutional power to hear appeals.

The bench of Justices Dipak Misra, Amitava Roy and A M Khanwilkar had on October 19 reserved its order on maintainability of appeals filed by Karnataka, Tamil Nadu and Kerala against the 2007 award of the Cauvery Water Dispute Tribunal (CWDT).

In its review petition, Karnataka said "grave miscarriage of justice" has been caused to it pursuant to the three apex court orders of September 20, 27 and 30, by which it was directed to release 6000 cusecs of water till October 6 and the Centre was to constitute the Board by October 4.