He commended the Force for their discipline and commitment to duty. 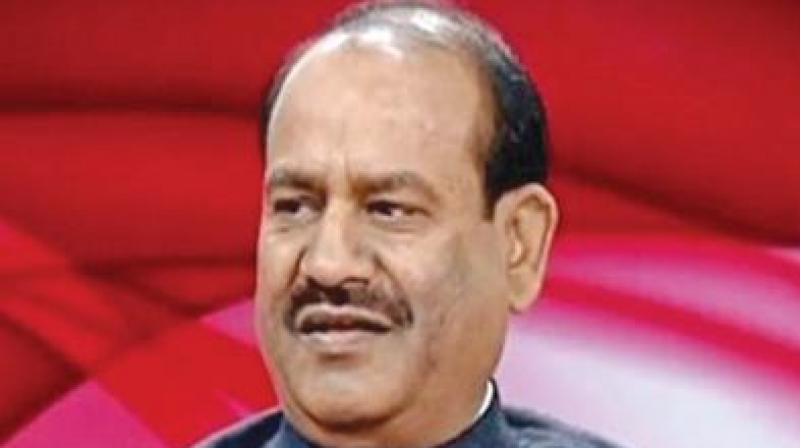 Addressing the trainee officials Birla said that the CRPF is deployed in some of the most challenging operational environments such as Jammu and Kashmir, North East and Left Wing Extremism affected states. (Photo: File)

New Delhi: The trainee officers of the Central Reserve Police Force (CRPF) of 2018 batch, called on the Lok Sabha Speaker Om Birla at the Parliament House on Thursday.

Addressing the trainee officials Birla said that the CRPF is deployed in some of the most challenging operational environments such as Jammu and Kashmir, North East and Left Wing Extremism affected states.

He commended the Force for their discipline and commitment to duty.

"The CRPF has been at the forefront of the fight against terrorism, as exemplified by the sacrifices of CRPF Jawans in Pulwama, earlier this year. Indian democracy is known all over the world for being the most transparent and impartial and that the CRPF plays an important role in the professional conduct of elections all through the year," said Birla.

Further saying that the internal security-related duties demand utmost professionalism and sensitivity, along with dedication and discipline.

At the end of the interaction, the assembled trainee officers thanked Speaker for his address and presented him with a memento.

Among the 43 trainee officers, five are women officers. They are currently undergoing fifty-two week-long training at the CRPF Academy situated in Gurugram, Haryana.