Justice Nariman and Justice Chandrachud differed with the majority on the issue of passing the verdict to a larger bench. 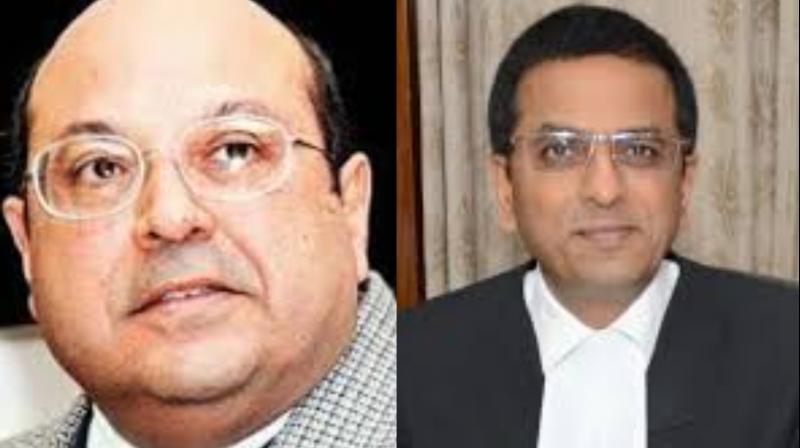 While the five-judge bench unanimously agreed to refer the religious issues to a larger bench, it gave a 3:2 split decision on petitions seeking a review of the apex court's September 2018 decision allowing women of all ages to enter the Sabarimala shrine in Kerala. (Photo: FIle)

New Delhi: The Supreme Court of India (SC), in the Sabarimala verdict on Thursday, passed the review petitions to a larger seven-judge bench.

Justice Gogoi said a 7-judge bench would re-examine various religious issues, including the entry of women into the Sabarimala temple and mosques and the practice of female genital mutilation in the Dawoodi Bohra community.

While the five-judge bench unanimously agreed to refer the religious issues to a larger bench, it gave a 3:2 split decision on petitions seeking a review of the apex court's September 2018 decision allowing women of all ages to enter the Sabarimala shrine in Kerala.

Justice R F Nariman and D YJustice Chandrachud differed with the majority on the issue of passing the verdict to a larger bench.

According to an Indian Express report, the minority view stated that when the review petitions for the 2018 Sabarimala verdict go in for consideration by a future bench it ''may or may not do when considering the other issues pending before this court is, strictly speaking, not before this court at all.''

The minority view also said that consequently, this judgement will dispose of off the said review petitions and writ petitions ''keeping the parameters of judicial intervention in such cases in mind.''

The judges said that ''a review is entertained on narrow grounds when there is a discovery of new and important matter or evidence which after the exercise of due diligence was not within the knowledge of petitioner or could not be produced by him...''

They also asserted that ''a review is by no means an appeal in disguise whereby an erroneous decision is reheard and corrected but lies only for patent error.''

They said that the mere possibility of two views on the subject cannot be ground for a review.

The minority opinion referred to the grounds raised by review petitioners as a mere 'rehash of arguments' heard and considered earlier while dismissing them.

They further said that when the process of adjudicating a case is complete and a decision is pronounced, the decision of the SC binds to everyone. ''Compliance is not an option.''

The minority opinion stated that the review petitioners failed to show an error apparent on the face of law in the 2018 majority opinion, also engaged with several issues that were raised in Justice Indu Malhotra's lone dissent in the 2018 verdict.

Malhotra, in 2018, had held that to entertain pleas of people who are not worshippers would invite a plethora of petitions to be filed questioning the validity of religious beliefs and practices followed by other sects.

However, the judges reiterated that the Sabarimala case raises issues that relate to gender bias on account of physiological or biological function which is common to all women.

''It is for this reason that a bona fide PIL was entertained by the majority judgement... in context of women worshippers as a class, being excluded on account of physiological/ biological functions for the entirety of the period during which a woman enters puberty until menopause sets in,'' they said.