M Akash, a 22-year-old college dropout, has since been arrested by the police. 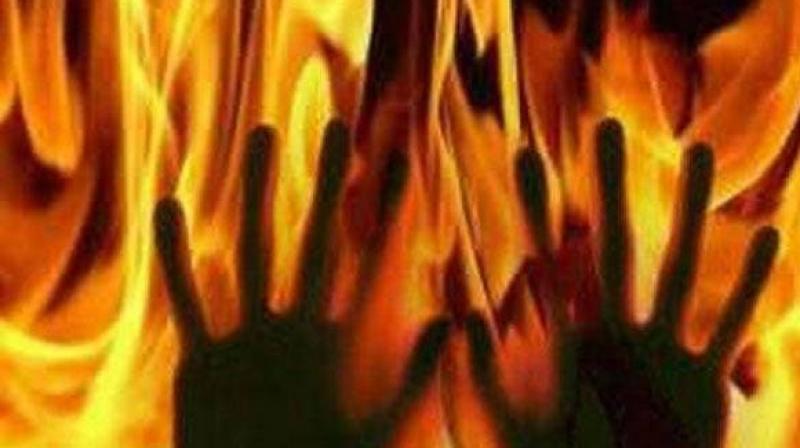 Having studied together in school, Akash and Indhuja had known each other since their teens. (Photo: PTI/Representational)

Chennai: A 21-year-old woman software engineer died while her mother and younger sister suffered grievous burn injuries after an estranged friend of the girl set them on fire in their apartment in Adambakkam on Monday night allegedly after the woman turned down his proposal for marriage.

M. Akash, a 22-year-old college dropout, has since been arrested by the police. The deceased woman, S. Indhuja, a B.Tech graduate, was working as a trainee in a software firm and was living with her family in an apartment in Saraswathy Nagar 7th street in Adam-bakkam. Her father, Shanmugam was away in Can-ada on work, police said.

Having studied together in school, Akash and Indhuja had known each other since their teens. Police investigations revealed that the boy had developed feelings for Indhuja and had proposed to her. She turned him down citing that he was unemployed, police sources said. On Monday, at around 8 pm, Akash visited Indhuja’s first floor apartment after learning that her parents had begun looking for an alliance for their daughter. “Since he was known to the family, they let him inside the house. What they didn’t realise was he had carried a 5-litre can of petrol and kept it under the stairs with criminal intentions,” an investigation official said.

Apart from Indhuja, her mother, Renuka and younger sister, Nivedha (19) were in the house.