The Shiv Sena leader is actively campaigning and rallying ahead of the upcoming Maharashtra elections. 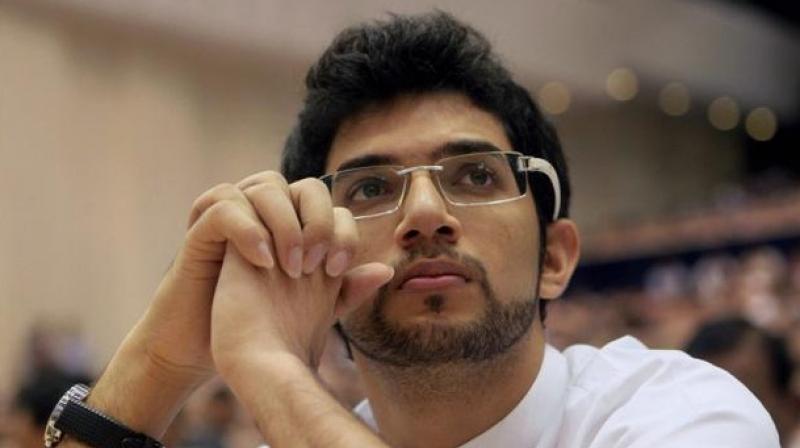 "The MMRC has already cut the trees, but I believe the Supreme Court will hopefully give us justice," Thackeray said. (Photo: PTI)

Mumbai: Shiv Sena leader Aditya Thackeray said that the Aarey issue was not just a tussle between his party and the BJP but a fight for the environment.

"It is not between the BJP and Shiv Sena, it is a tussle between humans and the environment. We have made a lot of efforts, and we think the environment will win," Thackeray told ANI here on Monday.

He added that while the Mumbai Metro Rail Corporation (MMRC) had already cut the trees in Aarey for the proposed metro shed, he was hopeful of getting justice from the Supreme Court.

"The MMRC has already cut the trees, but I believe the Supreme Court will hopefully give us justice," Thackeray said.

The Shiv Sena leader is actively campaigning and rallying ahead of the upcoming Maharashtra elections, in which he is contesting from the Worli seat in Mumbai.

Speaking about what drove him to contest the polls, Thackeray, who has become the first leader from the family of the late Balasaheb Thackeray to directly contest, said, "It is not about me contesting the elections but about creating a Maharashtra which is progressive and going ahead."

"I respect my opponents in a democracy, I am therefore meeting the voters and urging them to vote in my favour ahead of the elections," Thackeray added.