According to BJP sources, Roy has expressed his desire to join BJP and help the saffron wing expand its organisational base in the state. 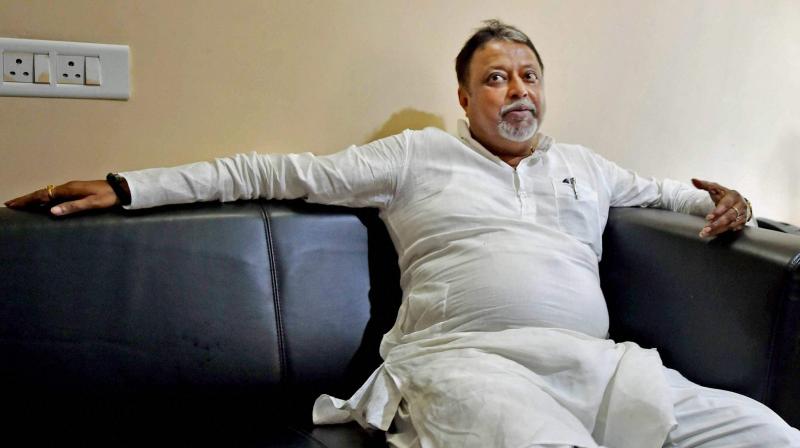 Kolkata: Amid speculation that former TMC leader Mukul Roy is set to join the BJP, a senior saffron party leader on Sunday said the matter would be decided within the next one-two days.

According to BJP sources, Roy has expressed his desire to join the BJP and help the saffron wing expand its organisational base in the state.

"Within one-two days a decision will be taken on this issue," a senior BJP leader privy to the developments told PTI.

"Roy's induction into the party will help us in expanding the party base in the state. His organisational skill and knowledge of the ground level situation will be of great help," said another BJP leader.

Although a section of BJP leadership is keen on inducting Roy into the party, but the charges of corruption against him seem to be acting as a blockade for the saffron brigade.

When asked whether the corruption charges is an issue, another senior BJP leader had recently said, "BJP is like the River Ganga where various small rivers meet".

Although Roy has remained tight-lipped about joining the party, a close aide of Roy had recently said he would join the BJP after Diwali.

The BJP's West Bengal unit appears divided on the issue of inducting former TMC MP into the party, with some lauding his organisational skill and others expressing reservation over the corruption charges he is facing.

State BJP president Dilip Ghosh had recently lauded Roy as a "good organiser" and said he had made a "big contribution" to the growth of the TMC in Bengal.

Ghosh said there was no denying that the TMC had expanded because of Roy's organisational skill.

"Inducting Mukul Roy will do harm to the image of the party. He has several corruption cases against him and inducting him would mean we are also a part of that baggage," a senior state BJP leader had recently said on the condition of anonymity.

If one had the support of the state administration, "anybody could become a good organiser", he had said.

Roy on Wednesday resigned from the Rajya Sabha and quit the Trinamool Congress (TMC), which had last month suspended him for six years for "anti-party activities" after he had announced on September 25 that he would quit the party.

Roy had described the BJP as a non-communal party and said the TMC would not have tasted success without the backing of the saffron outfit at the national level in its initial years.