India   All India  15 Oct 2017  Jolt to Cong as Anil Sharma joins BJP ahead of Himachal polls
India, All India

Himachal Pradesh is slated to go to polls on November 9 and the development comes as a blow for Virbhadra Singh. 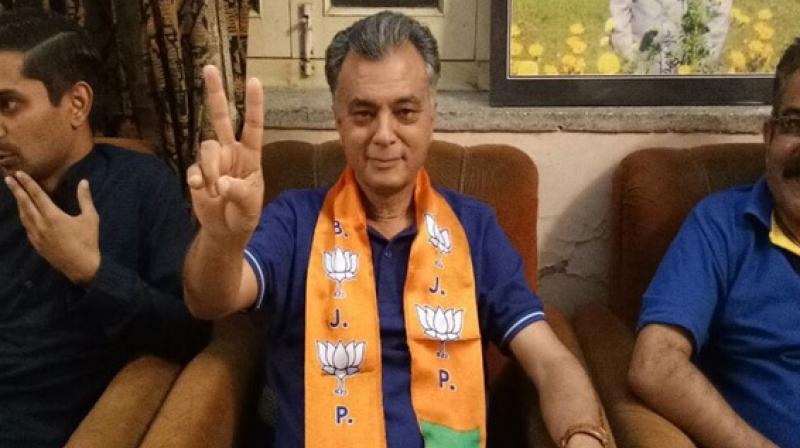 Sharma alleged that he and his father were being sidelined and ignored in the Congress party. (Photo: ANI)

Shimla: In a blow to the Congress ahead of Assembly polls, Himachal Pradesh Rural Development minister Anil Sharma on Sunday quit the Virbhadra Singh government and
joined the BJP.

Sharma said he has been given a party ticket from Mandi.

"I have been given BJP ticket from Mandi and the party has informed me about this," he said.

Himachal Pradesh is slated to go to polls on November 9 and the development comes as a blow for Virbhadra Singh who was declared the party's poll face last week.

"Is Sukh Ram not a member of the Congress," he asked.

"I was not included in any of the committees for the assembly polls and when I asked about this from HPCC president, he said that my name was deleted at the higher level which hurt me and I decided to quit," he said.

The Mandi seat was represented by Sukh Ram from 1962 till November 1984, when he was elected to Lok Sabha and his protege DD Thakur won the seat in 1985 while the BJP wrested the seat in 1990.

In the 1993 Assembly poll, his son Anil Sharma won from Mandi but after Sukh Ram's name surfaced in the Telecom scam, he was expelled from the Congress and formed Himachal Vikas Congress which entered into a post poll alliance with BJP and joined the government.

While Sukh Ram won from Mandi, Anil Sharma was elected to the Rajya Sabha in 1998.

In the 2003 Assembly polls, Sukh Ram was the sole HVC member to win the election from Mandi but he joined the Congress ahead of the 2004 Lok Sabha polls.

Anil Sharma again won from Mandi in 2007 and 2012 as a Congress candidate and is set to contest as a BJP candidate this time.