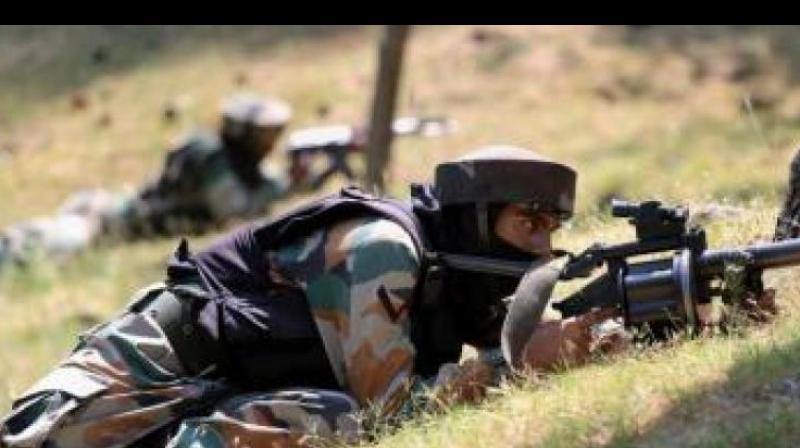 New Delhi: In a strong political signal that India-Russia bilateral ties are as robust as ever, Russia will embark upon its first ever tri-services military exercise with any foreign country where its Army, Navy and Air Force will undertake joint operations and exchange notes with 910 of their Indian counterparts, in the 11-day long Exercise INDRA in three locations in and around the Ussiriysk district in Russia’s Vladivostok.

The exercise, replete with strategic significance, is the ninth edition of the series, and will begin from Thursday. It would witness participation by the biggest ever Indian military contingent to be sent to a foreign country for an exercise comprising 350 soldiers, 80 air warriors and 480 sea warriors.

The Indian Army contingent is being led by a major-general rank officer, the Indian Air Force (IAF) by an air commodore while a rear admiral will lead the Navy team.

While the Army and IAF contingents will fly to Russia in two Russian-origin IL-76 aircraft on Tuesday morning, the Navy has already set sail in two ships INS Satpura, a stealth frigate, and INS Kadmat, an anti-submarine warfare corvette with two Chetak helicopters on board.

With a substantial part of the IAF’s military assets being of Russian origin, the IAF is not sending any of its military assets as the men are familiar with the Russian fighters, helicopters and other equipment.

The mega exercise, aiming at achieving coordination between the forces of the two countries in a tri- services integrated theatre command scenario and thereby enhance interoperability and ability to undertake joint operations, is a huge upgrade of the earlier editions of Exercise INDRA where only the armies of the two countries was involved.

The exercise will involve live firing drills and air defence while anti-submarine operations with anti-terror, amphibious landings, counter-piracy, combating drug smuggling are to be the other focus areas of the joint exercise. Special Forces and the Navy’s elite MARCOS commandos are part of the teams.

Indo-Russia bilateral ties have traditionally been very close and Russia has been a long-standing defence partner of India.

The tri-services exercise is being seen as a result of Prime Minister Narendra Modi’s Russia visit in June when both countries had decided to “upgrade and intensify” defence cooperation through joint manufacture, co-production and co-development of key military hardware and equipment.

INDRA 2017 is in pursuance of the fact that joint military training in the international arena is considered to be one of the most effective confidence-building measures between countries besides being an operational necessity.