COVID-19 biorepositories have been setup through which over 40,000 samples have been made available to researchers 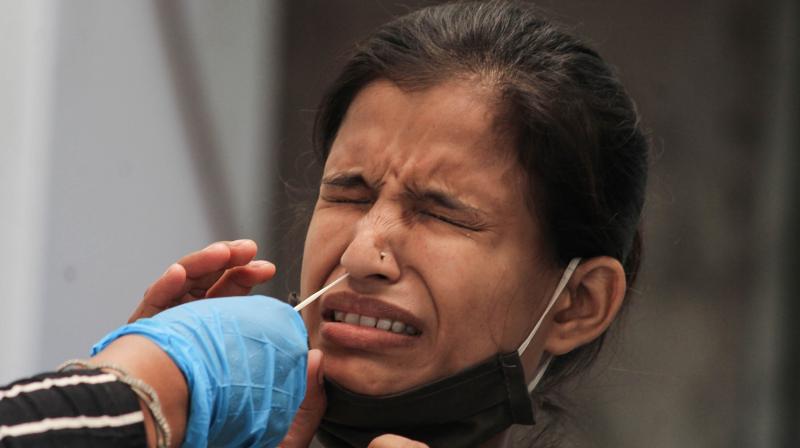 With 92, 071 fresh cases of novel coronavirus, India on Monday recorded an overall of 48.46 lakh cases of infection so far. Among those who tested positive were about 25 Members of Parliament who were detected to be carrying the COVID-19 infection during a checkup at the Parliament House.

Union Health Minister Dr Harsh Vardhan, in a suo moto statement in the Lok Sabha, said the government is constantly reviewing the evolving scenario.  He added India is regularly coordinating with WHO headquarters, regional office and country office to get updates on the evolving scenario.

While saying that the battle with COVID-19 is still far from over, Dr Harshvardhan urged MPs to create awareness among people in their constituencies with regard to COVID appropriate behaviour. “On one hand, when we are in the stage of unlock so as to revive the economy, and have a balanced approach, it is important that sustained community support is ensured consistently to control the spread of COVID infection and break its chain of transmission,” the minister said.

“In our country about 92% of the cases are reported to be having mild disease. In only about 5.8 % of cases where oxygen therapy is required and the disease may be severe enough to require intensive care in only1.7% cases,” he said.

Terming the stringent nationwide lockdown as “a bold decision” by the union government in March-April, the minister said that the lockdown helped India successfully blunted the aggressive progression of COVID-19. “It has been estimated that this decision prevented approximately 14–29 lakh cases and 37–78 thousand deaths. Further, these four months were utilized to create additional health infrastructure, enhance human resources and produce critical elements within India,” he said.

“An effective vaccine would be the sure shot tool in armamentarium against this disease. On this front, globally, there are around 145 candidate vaccines in preclinical evaluation and currently 35 vaccines in clinical trial. In India, a major focus has been on facilitating the development of COVID19 vaccine. More than 30 vaccine candidates have been supported which are in different stages of development, 3 candidates are in advanced stage of Phase I/II/III trials and more than 4 are in advanced pre-clinical development stage, he said.

Besides, COVID-19 biorepositories have been setup through which over 40,000 samples have been made available to researchers and industry for developing diagnostics, therapeutics and vaccines.

“We have now moved from ‘managing travel related cases’ to containing clusters and large outbreaks due to local transmission to wide spread of infection to urban, peri-urban and rural areas. This would require concerted effort by the Government with people’s participation to prevent large scale morbidity and mortality,” the minister added.

Giving details of the spread of infection, the minister said the maximum number of cases and deaths from COVID-19 have been primarily reported from Maharashtra, Andhra Pradesh, Tamil Nadu, Karantaka, Uttar Pradesh, Delhi, West Bengal, Telangana, Odisha, Assam, Kerala and Gujarat. All these states have reported more than 1 lakh cases.

Of the 92,071 new cases reported in the last 24 hours in the country, Maharashtra continues to contribute a high number and has reported more than 22,000 new cases. Andhra Pradesh has contributed more than 9,800 new cases. At the same time, the government underlined the increasing recovery rate which has now reached 78 per cent.