The Bhim Army chief, while replying to a question, said he had no differences with Ms Mayawati as she had been fighting for the rights of dalits. 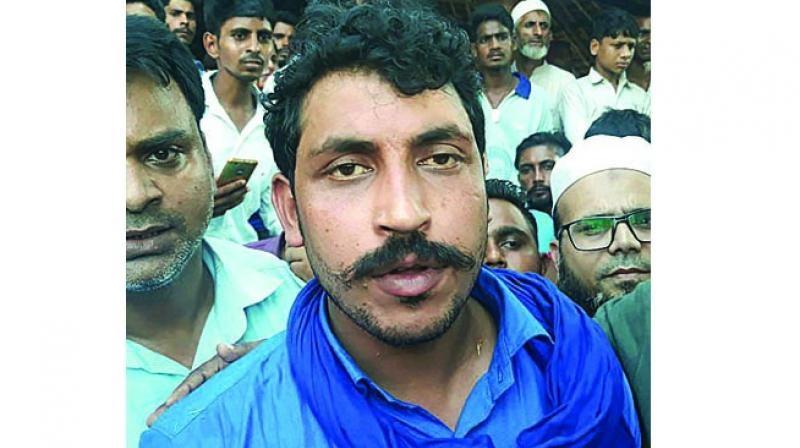 Lucknow: The release of Bhim Army chief Chandra Shekhar from jail early on Friday morning, which was being seen as a masterstroke by the ruling BJP to divide the dalit voter base of the Bahujan Samaj Party, seems to have backfired with the released leader saying he had no differences with Ms Mayawati and that she was like a “bua” (aunt) to him.

Chandra Shekhar walked out of Saharanpur jail at 2.30.am on Friday and told reporters that his release from jail was due to the fact that the state government was scared that they would be “rebuked by the Supreme Court”. “I am sure that this government will again frame some charges against me and send me back to jail within 10 days. They want to keep me in jail till the Lok Sabha polls are over. However, till then I will ask my people to throw the BJP out of power in 2019”, he told reporters, making it clear that the BJP would continue to be his target.

Former IPS officer and social activist S.R. Darapuri also said on Friday: “The release of Chandra Shekhar is only because of the Supreme Court factor. The BJP has no sympathy for dalits.”

The Bhim Army chief, while replying to a question, said he had no differences with Ms Mayawati as she had been fighting for the rights of dalits. Chandra Shekhar, founder of the Bhim Army, a dalit outfit, was arrested in June last year for the caste riots in Saharanpur in May 2017 and was booked under the National Security Act. His surging popularity was evident on his release on Friday.

Thousands of dalit youths thronged Chandra Shekhar’s residence in Harijan Colony, shouting slogans in his support. Sonu Kumar, a Bhim Army leader, said: “There are youths coming from Rajasthan, Haryana, Madhya Pradesh, Punjab and even Tamil Nadu to welcome our leader. This shows his popularity.”

It is this growing popularity of the Bhim Army chief that should be a major worry for the BJP, which has been making concerted efforts to win over dalits.

On Thursday, when Yogi Adityanath announced the release of Chandra Shekhar from jail, the move was primarily seen as an attempt by the BJP to divide dalit votes by allowing the Bhim Army to encroach on the BSP’s voter base. However, with Chandra Shekhar praising Ms Mayawati, this plan seems to have gone awry.