J&K: 5 terrorists gunned down by security forces in Kulgam encounter

Train services have been suspended in the valley due to apprehensions of law and order problems. 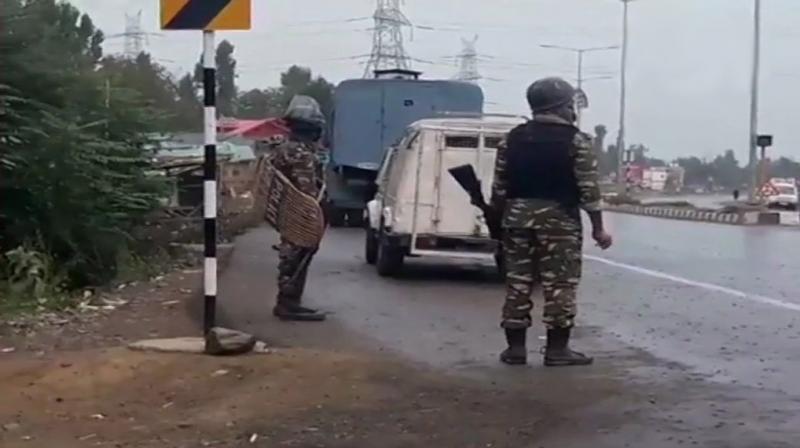 Deferred visuals: A total of five militants were believed to be engaged in the encounter. (Photo: Twitter | @ANI)

Srinagar: Five militants belonging to Lashkar-e-Taiba (LeT) and Hizbul Mujahideen (HM) were killed in an encounter with security forces in Kulgam district of Jammu and Kashmir Saturday, officials said.

Five militants have been killed in the operation at Chowgam in Kulgam district of south Kashmir, an Army official said here. He said weapons and war-like stores have been recovered from the encounter site.

The operation is over, the official said.

The encounter between the militants and security forces began this morning after the forces launched a cordon-and-search operation in the area following intelligence inputs about the presence of militants there. While the forces were conducting the searches, the militants fired upon the forces, ensuing a gunfight.

A police official said the militants belonged to two outfits of LeT and HM and their killing was a huge success for the forces.

"It is a huge success for police and security forces. The militants belonged to both HM and LeT," he said. He said most of the slain militants were "involved in a series of terror acts including killing of two bank employees and many policemen". "They were also involved in bank robberies and weapon looting," the police official said.

Meanwhile, clashes broke out near the site of the encounter as groups of youths started pelting stones on the forces, the official said. He said a few youths have been injured in the forces' action on the protesters.

Train services between Baramulla and Qazigund have been suspended due to apprehensions of law and order problems.