The body of class two student, Pradyuman, was recovered on September 8, from a washroom of Ryan International School in Gurgaon’s Bhondsi. 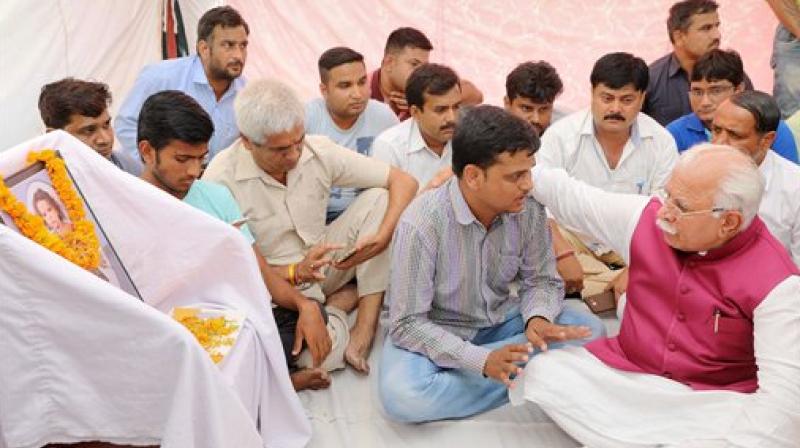 Haryana: Haryana Chief Minister Manohar Lal Khattar on Friday said the case of 7-year-old boy, Pradyuman, who was found dead in his school, has been handed over to the Central Bureau of Investigation (CBI).

"The state government will take over the school management for three months," Khattar added.

The body of class two student, Pradyuman, was recovered on 8th September from a washroom of Ryan International School in Gurgaon’s Bhondsi. His throat was slit open and a knife was found alongside his body.

Khattar on Friday visited the family of Pradyuman and met his grieving mother.

"Glad that the sensitivity this case deserved has been shown," Pradyuman's father Varun Thakur said on the case being handed over to the CBI.

Two top officials of the Ryan International School were arrested on September 12 and the acting principal was detained for questioning following the gruesome murder.

The Bombay High Court on Thursday had rejected the transit anticipatory bail applications of three trustees of Ryan International Group but granted them interim protection from arrest till Friday to enable them file appeal.