India   All India  15 Sep 2017  Hyderabad doctor stabbed to death in his US clinic, suspect nabbed
India, All India

Hyderabad doctor stabbed to death in his US clinic, suspect nabbed

Dr Achutha Reddy, a psychiatrist, was found with multiple injuries in an alley behind his clinic late on Wednesday. 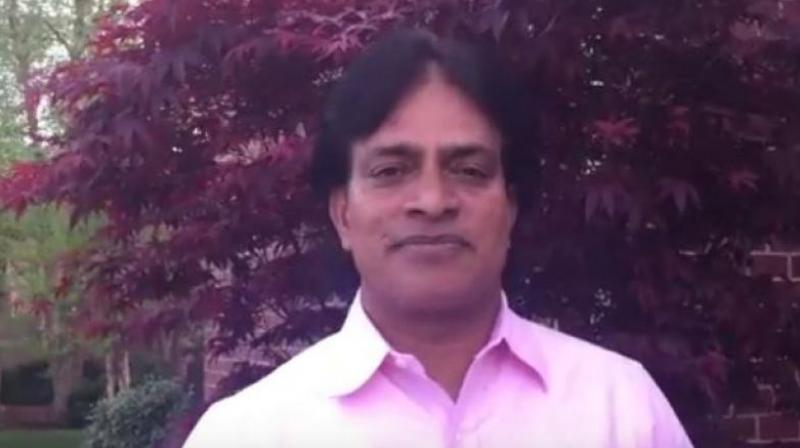 Dr Achutha Reddy, a psychiatrist, was found with multiple injuries in an alley behind his clinic in Kansas City in US. (Photo: YouTube Screengrab)

Hyderabad: A 57-year-old Indian doctor was stabbed to death in his clinic in Kansas City in the United States of America on Wednesday evening.

Dr Achutha Reddy, a psychiatrist,  who is a resident of Nalgonda district of Telangana was found with multiple injuries in an alley behind his clinic late on Wednesday.

A 21-year-old suspect has been held by the Kansas City police.

The assailant, identified as Umar Rashid Dutt, was nabbed at the Wichita Country Club some time later, still wearing his blood stained clothes.

Dutt’s mother is said to hail from Hyderabad while his father is a native of Bengaluru.

It is said that Dutt had gone to Dr Reddy’s office for his regular counselling on Wednesday. An argument erupted midway through the session. Even as the staff rushed to help, Dr Reddy managed to escape from the spot.

Dutt apparently chased the doctor down an alley, and stabbed the doctor multiple times. Dutt then went to the club where he was caught. He has been charged with first-degree murder.

The motive has not been established and the police is looking through the doctor’s records.

Police stated that the attack took place at around 7:20 pm (local time) on Wednesday.

Police said they have received calls from the security guard of Wichita Country Club who noticed a suspicious character sitting in a parking lot.

In YouTube videos, Reddy said that in addition to providing the psychiatric care he also treated chronic physical pain and expounded a system he called "Absolute Yoga".

Psychiatrist Achutha Reddy is an alumnus of Osmania Medical College.