There has been continuous ceasefire violations by the Pakistani troops for the past three days. 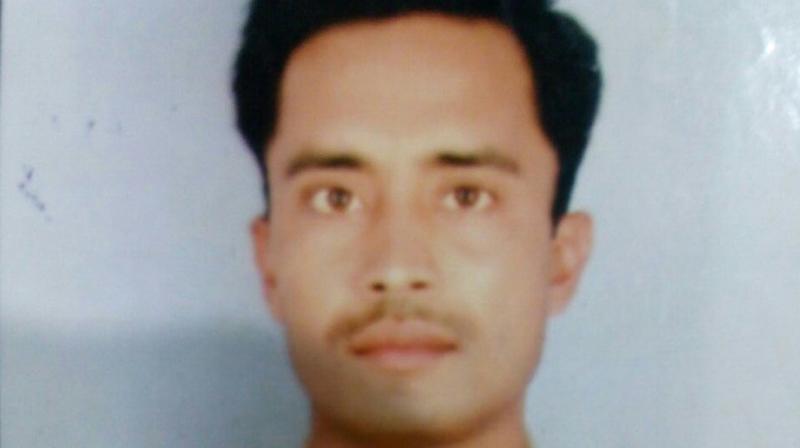 The jawan has been identified as Captain Brijendra Bahadur Singh. (Photo: Twitter | ANI)

Jammu: A Border Security Force (BSF) jawan was killed when Pakistani troops violated ceasefire for the third consecutive day on Friday along the International Border (IB) in Jammu district.

Constable Bijender Bahadur was on duty at forward point along the fence in Arnia sector along the IB when Pakistani Rangers resorted to mortar shelling and small arms fire at about 0020 hours on Friday.

A bullet hit the jawan on the left side of his abdomen and he succumbed to injuries on the way to hospital, a BSF officer said.

"Intermittent fire continued from both side from mid night till morning," the officer said.

Bahadur, 32, hailed from Vidya Bhawan Naraypur village in Uttar Pradesh's Balia district. He is survived by his wife Sushmita Singh.

There has been continuous ceasefire violations by the Pakistani troops for the past three days.

Two Pakistani soldiers were killed in retaliatory action by the BSF on Thursday while three Indian jawans were injured in unprovoked firing and shelling by Pakistani troops along the IB and the LoC in Jammu and Poonch districts on Wednesday.

Incidents of ceasefire violations by Pakistani troops have increased sharply this year. Till August 1, there have been 285 such actions by the Pakistan army, while in 2016, the number was significantly less at 228 for the entire year, according to figures by the Indian Army.