A day before, Mr Modi will dedicate the Narmada Dam to the state on his birthday and will also address a rally. 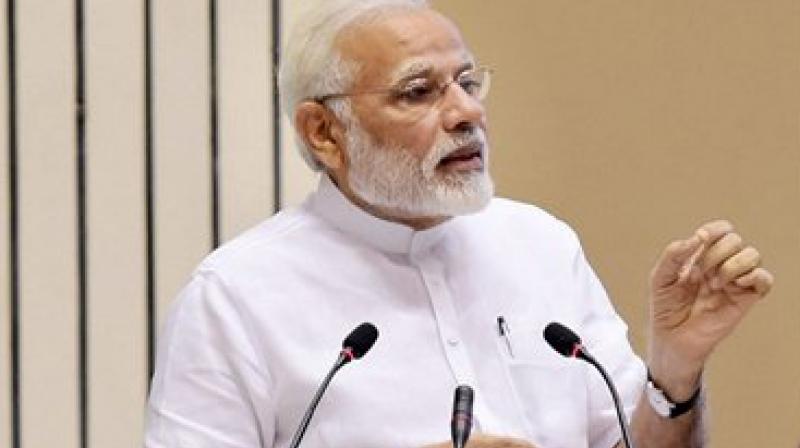 New Delhi: The BJP has decided to hold a meeting of as many as 146 OBC communities in poll-bound state of Gujarat to showcase the party’s achievements in the state as well as accomplishments of the Narendra Modi-led NDA government at the Centre.

BJP president Amit Shah will adddress the meeting on September 18, which will also see party leadership highlighting how the Congress, main Opposition in the state, stalled a key legislation in during the Monsoon Session of Parliament, which would have given Constitutional status to the Backward Classes Commission. The BJP has been ruling the state since 1998. A day before, Mr Modi will dedicate the Narmada Dam to the state on his birthday and will also address a rally.

The ambitious bullet train project, which Mr Modi launched along with his Japanese counterpart Shizo Abe on Thursday, is also going to be a part of the BJP’s poll plank. The Assembly election are likely to be held by the end of this year and the BJP has already set a target of ‘Mission 150’ for the 182 members state Assembly. The BJP will also hold a rally of co-operative workers on September 18. This will be the first Assembly election in Gujarat after both Mr Modi and Mr Shah’s elevation to the national politics.

Another dominant caste group, patidars, are demanding inclusion in the OBC. For the BJP, it is a tricky situation as the OBC community is against this and the patidars are considered as one of the core votebanks of the BJP.