The girls of the school were immediately taken to a hospital after they complained of vomiting, loose motion, nausea and stomach pain. 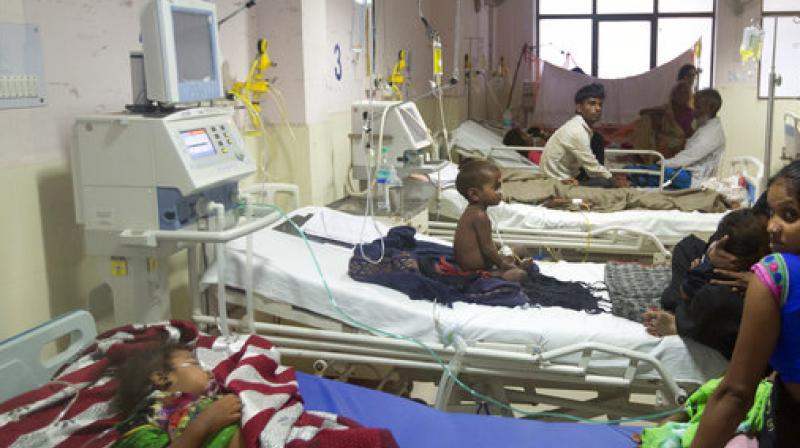 The affected girls of the residential school for tribals were immediately taken to a local hospital after they complained of vomiting, loose motion, nausea and stomach pain, he said.

They were later shifted to the hospital at Chitrakonda for better medical treatment, Gond said adding a probe was on to ascertain the cause of the incident.

Besides Gond, Malkangiri district Collector K Sudarshan Chakravarthy visited the hospital to enquire about the condition of the girls, who were being provided with proper medical treatment, officials said.

The students of schools at Luma, Kubri, Bandhpari, Ranjendrapur and Dangri villages under Lanjigarh block complained of vomiting, nausea and stomach pain after eating the meal yesterday, they said.

The affected students were taken to government hospital at Biswanathpur and two of them were referred to the Bhawanipatna government Hospital.

The mid day meal for 176 schools of Lanjigarh block is prepared and supplied by a trust, they said adding the cooked food was sent to different schools by vehicles.

DEO Pradip Kumar Naik said more than 80 students of five schools had been affected and provided with treatment. Many of them have already been discharged from hospital.

He said the situation was under control and the affected students were recovering fast.

Kalahandi Collector Anjan kumar Manik said the cause of the illness would be ascertained after enquiry which was in progress.