'If Article 370 so essential, then why did it remain temporary?': PM Modi slams Cong

PM Modi did not shy away from denouncing the political opposition to Article 370. 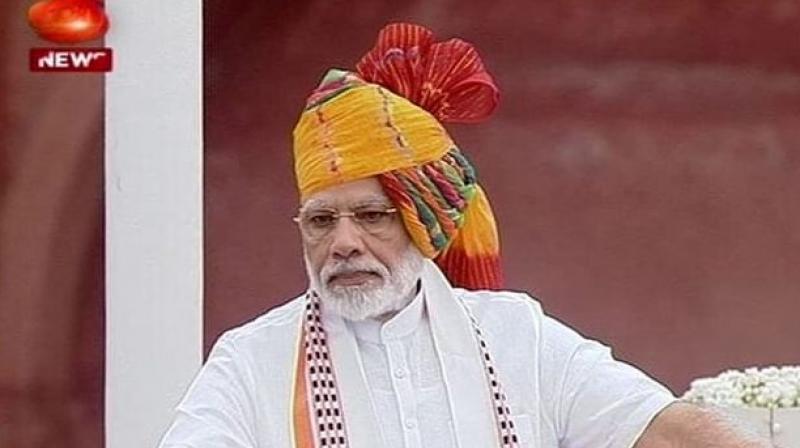 New Delhi: Addressing the nation on Thursday on its 73rd Independence Day, Prime Minister Narendra Modi said that within a short span of 10 weeks, the new government had taken major steps like scrapping Article 370 and banning instant triple talaq.

Targeting Congress, he said, “Those who back Article 370, the nation asks them, if it was so essential and life-changing, if you had conviction, then for 70 years, why did it remain temporary, why did they not use their large mandates to make it permanent.”

He did not shy away from denouncing the political opposition to Article 370. "Abrogating Article 370 was an important step in fulfilling Sardar Vallabhbhai Patel's dream for a united India," Modi added.

He said, "We don't let problems like Article 370 fester. It was not the time to stall things. It was the time for action. What did not happen in 70 years, the new government did in 70 days. This means that it was on everyone's mind but no one wanted to take the initiative."

Referring to the ban on Triple Talaq or instant divorce, PM Modi said: Our Muslim sisters and daughters used to live in fear. They felt shackled. Some went through the misery brought due to Triple Talaq, some didn't. Why could we not speak up earlier? Even Muslim countries got rid of it, but it continued in India. We must all now raise our voice against this social evil and stand by our Muslim sisters and daughters for their rights."

This was PM Modi's sixth straight Independence Day address and the first after he won a massive victory in the national election earlier this year.