The NHRC, in a suo motu cognisance of the incident, has issued a notice to the chief secretary of UP, seeking the govt’s response in 4 weeks. 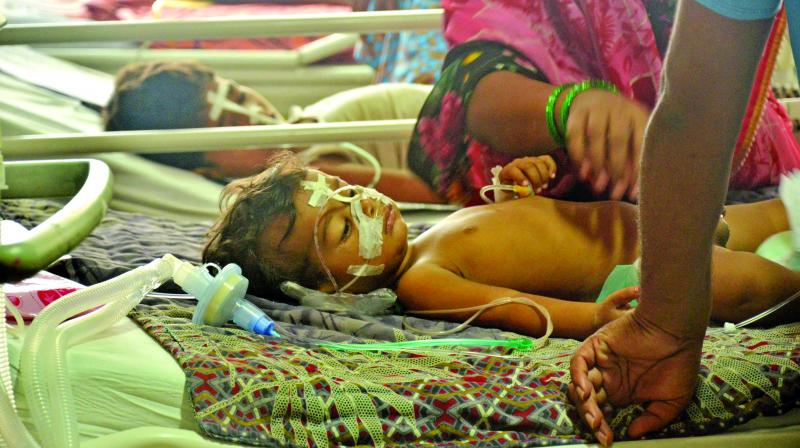 New Delhi: The Supreme Court on Monday refused to entertain a PIL for a probe into the death of over 60 children at the BRD Medical College Hospital in Gorakhpur due to lack of oxygen supply.

However, the National Human Rights Commission, in a suo motu cognisance of the incident, issued notice to the chief secretary of UP, seeking the government’s response in four weeks.

A bench comprising Chief Justice J.S. Khehar and Justice D.Y. Chandrachud, declining the plea of a lawyer who mentioned the issue before it for a SIT probe, asked him to approach the Allahabad high court with his grievances. The CJI told the counsel the authorities are handling the situation, and grievances, if any, have to be raised before the high court concerned.

The NHRC, however, described the incident as a serious case of the violation of the right to life of the patients, and sought a detailed report from the government, including steps taken for the relief of the victims’ families and action against officials responsible.

Around 60 children admitted to the intensive care unit of the government-run facility died in a span of few days, reportedly due to the oxygen supply being stopped due to pending payments to the supplier. Thirty deaths took place in over 48 hours on August 10 and 11.

The NHRC said the incidents pointed towards “gross callousness on part of the hospital administration and the medical education and health department of UP”.