Additionally, persuading the development of an India in the backdrop of today’s youth, Narendra Modi urged the formation of a 'New India'. 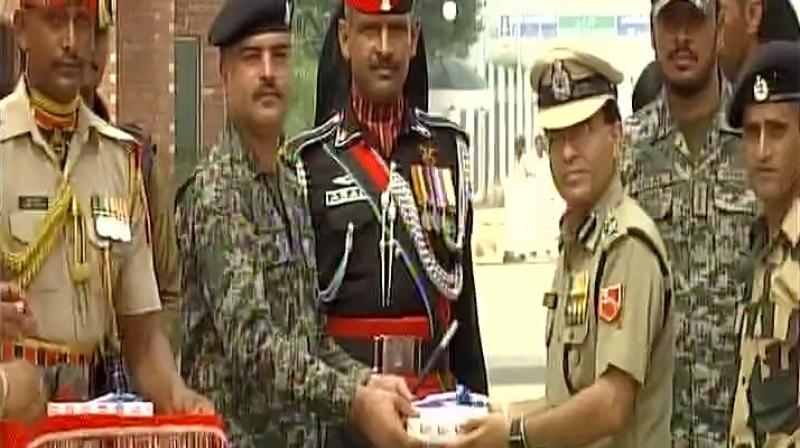 On the occasion of India's 71st Independence Day, sweets were exchanged at Wagah-Attari border on Tuesday, between BSF first line of defense and Pak Rangers. (Photo: ANI/Twitter)

: On the occasion of 's 71st Independence Day, sweets were exchanged at Wagah-Attari border on Tuesday, between BSF first line of defense and Pak Rangers.

Additionally, persuading the development of an in the backdrop of today’s youth, Prime Minister Modi urged the formation of a 'New India'.

"January 1, 2018, will not be an ordinary day; those born in this century will start turning 18, the 'Bhagya Vidhatas' of our country. Everybody is equal in our nation; no one is big or small. Together we can bring a positive change in the nation," he said

On that note, an exercise of the same kind was executed on Monday to mark 's Independence Day.