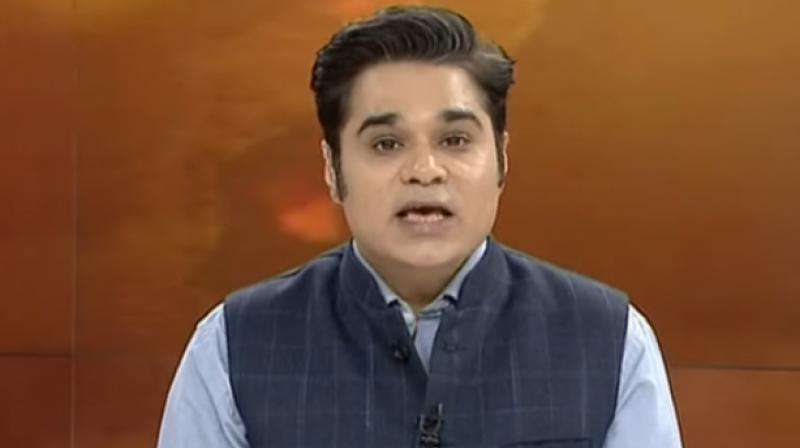 A bench headed by Justice A M Khanwilkar asked the respondents, including the states where cases have been lodged and those who had filed complaints against Devgan, to file their counter affidavits on the plea and posted the matter for hearing on August 6.

Senior counsel Sidhharth Luthra and advocate Mrinal Bharti, appearing for Devgan, told the bench that pleadings in the matter should be completed.

The court extended the interim relief granted on June 26 to Devgan till further orders.

The apex court was hearing a petition filed by Devgan, who has sought stay on the probe in these criminal cases.

Five FIRs have been lodged against Devgan in Rajasthan, Maharashtra and Telangana for using a derogatory term for the Sufi saint in the news debate show called Aar Paar' on his channel on June 15.

However, he later tweeted an apology saying that he was actually referring to Muslim ruler Alauddin Khilji and inadvertently ended up naming Chisti.

The court had earlier granted interim relief and stayed the probe in the cases against the journalist by police agencies.

As regards the interim relief, till the next date of hearing, we deem it appropriate to pass ad-interim relief in terms of prayer clause (A) and (B) (which seek stay of investigation in pending and future FIRs and the protection from possible coercive action), the top court had said in its June 26 order.

On July 8, the interim order of June 26 was extended till today.

Issuing notices to Maharashtra, Telangana and Rajasthan, the bench had earlier asked Bharti to make the complainants, who have lodged FIRs, as parties to his petition.

Two FIRs for the alleged offence have been registered at Ajmer and Kota in Rajasthan and one has been lodged at Bahadurpura in Hyderabad, the plea said, adding that two such FIRs have been lodged at Nanded and Pydhonie in Maharashtra.

Devgan said he has already issued a clarification through a tweet and moreover, errors cannot be construed as criminal offences.

The journalist has said the plea concerned his life and liberty.

In a well-orchestrated manner - the petitioner has been made a victim of country-wide filing of false and baseless criminal complaint and FIRs on the one hand, and on the other hand, petitioner, his family and his crew has been abused unabashedly on social media and by personal messages by unknown persons. The petitioner has also received several death threats from various anti-social elements, the plea submitted.

It said that Devgan was holding a discussion on a petition filed before the top court on his show on June 15 on the issue of the Places of Worship Special Provisions Act.

During the course of the live heated discussion one of the panellists quoted Chisti (Hazrat Khwaja Moinuddin Chishti) and inadvertently, petitioner (Devgan) who wanted to refer to the historical figure Khilji(Alauddin Khilji) as a marauder, mentioned the name Chisti', the plea submitted.

That immediately on realising his inadvertent slip of tongue during heated debate in his news debate show  petitioner tendered a clarification and clarified that the name Chisti was mentioned by error and inadvertently, it said.

Devgan tweeted the clarification on his personal Twitter account on the intervening night of June 16-17 and moreover, the channel carried a video clarification featuring the journalist, the plea said.

One of the FIRs was lodged at Pydhonie police station in Mumbai against Devgan for allegedly hurting religious sentiments by referring to Chisti in derogatory terms in the TV programme on the complaint of Arif Razvi, general secretary of the Raza Academy.