Bihar Public Service Commission officials clarified that its members had no role in the setting of questions. 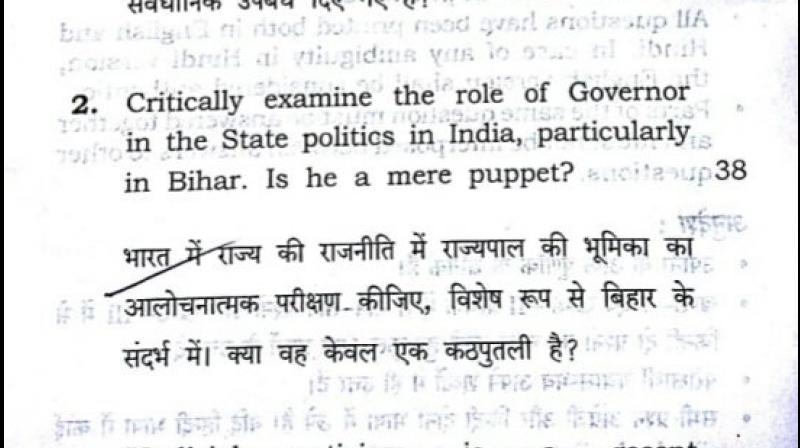 The question was in the General Knowledge paper of the main examination. (Photo: ANI | Twitter)

Patna: On Sunday, students sitting for Bihar civil service exams were left surprised and little amused when one of the questions referred to the Governors of states as a “puppet”.

The question was in the General Knowledge paper of the main examination.

Question was: "Critically examine the role of the Governor in state politics of India, especially in the context of Bihar. Is he just a puppet?"

A question was asked in the Bihar Public Service Commission (BPSC) Examination (Mains) yesterday, that reads,"Critically examine the role of Governor in the state politics in India, particularly in Bihar. Is he a mere puppet?" pic.twitter.com/Q1fabkqNEj

Bihar Public Service Commission officials clarified that its members had no role in the setting of questions.

Interestingly, there was another question in the same paper that asked students to debate the pros and cons of large numbers of political parties competing in an election.

Meanwhile, Bihar has an unfortunate history of embarrassing moments in school and public exams.