Villagers collectively believe that toxic water flowing in the drain is coming directly from industrial units in Haryana. 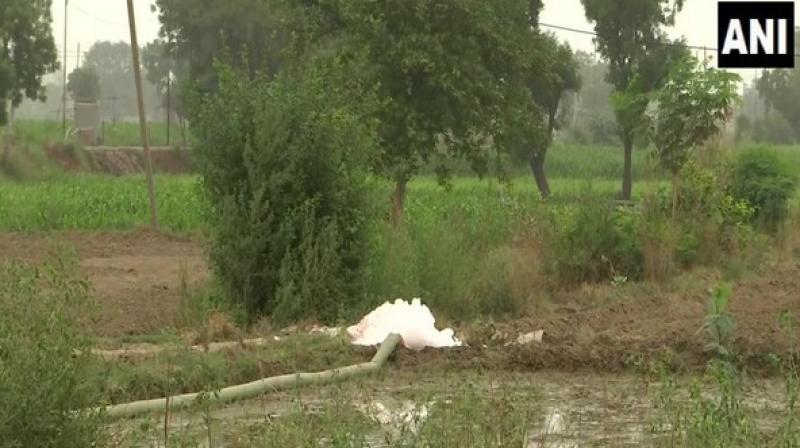 Farmers claim that the toxic water coming from the drain contains chemicals which work as fertilisers for their farms and helps them save money spent on buying compost and urea. (Photo: File I Representational)

New Delhi: Risking their lives, farmers in Mungeshpur village in Delhi are using toxic water coming from Mungeshpur drain, one of the longest in north-west Delhi and part of the Najafgarh basin, for growing vegetables due to lack of groundwater for farming and to save money spent on buying fertilisers and urea.

The water flowing from this channel has become completely poisonous due to the presence of industrial effluents in it.

Farmers claim that the toxic water coming from the drain contains chemicals which work as fertilisers for their farms and helps them save money spent on buying compost and urea.

They have also stated that the groundwater table in the area has rapidly deteriorated over the years due to excessive usage by industries set up nearby, leading to further deterioration of water quality.

Speaking to ANI, Dinesh, a resident of Qutubgarh, pointed out that cases of cancer in the area have witnessed a seven-fold increase in the last ten years due to the usage of vegetables cultivated using intoxicated water.

"We are aware that the vegetables that we are growing with the use of this toxic water are dangerous for our health but we have no other option left. In 2008, I used this drain water for the first time for farming and now I am completely dependent on this. The rising prices of fertilizers and pesticides have also forced us to use the polluted water from the canal," said Rana, another local.

The farmers of the village are aware of the side-effects of using this toxic water coming directly from the drain, but they are still using it as they believe it works as fertilizers for them. Shortage of water is also leaving them no option but to stick to using toxic water.

"There is a shortage of water in the area and usage of tubewell takes time. This drain completes the need for water and the chemicals present in this toxic water works as fertilizers for us. At the same time, we are also aware that this water is dangerous for us but we have no other option," said Praveen, a local.

Villagers collectively believe that the toxic water flowing in the drain is coming directly from industrial units in Haryana, which is located next to Mungeshpur.

Beena, a native of Mungeshpur, said there is a vast difference in the quality of the vegetables, as well as in taste.

"Almost every day, somebody gets ill due to the consumption of vegetables being grown by the usage of this water. This is one of the possible reasons for increasing cancer cases in the village," she observed.

However, in Mungeshpur village, a cancer camp has been set up by a team of doctors under a campaign in which all the villagers are being checked.

"Number of cases related to cancer has come to the fore. People are coming in large numbers for checkup. During checkups, many suspected cases of cancer have been detected. We got to know that the farmers use toxic drain water for growing the vegetables in this area. We are now trying to make people aware of the reasons behind spreading of cancer," said Dr Ajay Dabas.

Villagers have also appealed to the government for assistance so that they can shun the practice of using toxic water for farming.