'Shariah Board is not a court. BJP-RSS is doing politics in the name of Shariat courts,' said Zafaryab Jilani, member of the AIMPLB. 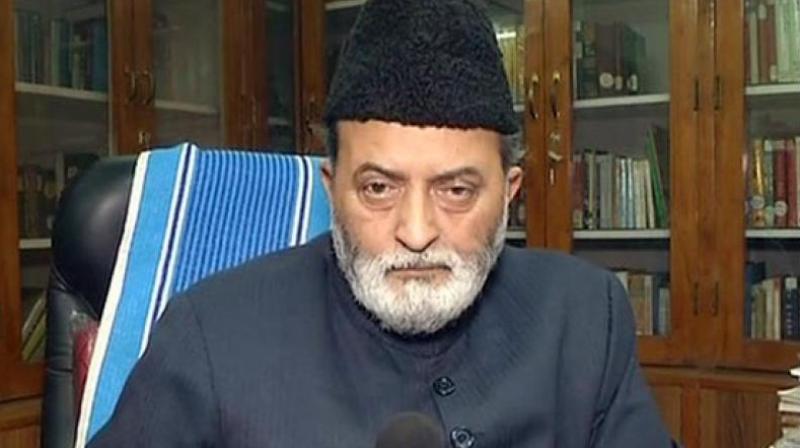 New Delhi: The All India Muslim Personal Law Board (AIMPLB) on Sunday clarified that no proposal was made to set up Shariat courts in all districts across the country.

"We have never talked about setting up Shariat courts in all districts across the country. Our motive is to set them up in places where it is required and where people want them," Zafaryab Jilani, member of the AIMPLB, told ANI.

Jilani further clarified that Shariah boards were not courts, adding that the Bharatiya Janata Party (BJP) and Rashtriya Swayamsevak Sangh (RSS) were politicising the matter.

"Shariah Board is not a court. BJP-RSS is doing politics in the name of Shariat courts," he said at a press conference in New Delhi.

Jilani also said the AIMPLB was working with full responsibility and would hold workshops across the country to create awareness regarding the matter.

Earlier this month, the AIMPLB had proposed to set up Shariat courts in all districts in the country to resolve all issues within the Islamic law, instead of approaching other courts.

Read: Muslim Law Board plans to open Sharia courts in all districts of India​

However, the proposal was largely rejected by political parties and Islamic bodies alike.

Union Minister of State for Law and Justice, PP Chaudhary, argued that the establishment of any court would have to be sanctioned by law.

On the other hand, Uttar Pradesh Shia Waqf Board's Wasim Rizvi claimed that the establishment of such institutions would lead to the creation of a "Kashmir-like situation in the whole country".