The general consensus at the meeting was that the government must try and engage with China diplomatically & resolve the issue through negotiations. 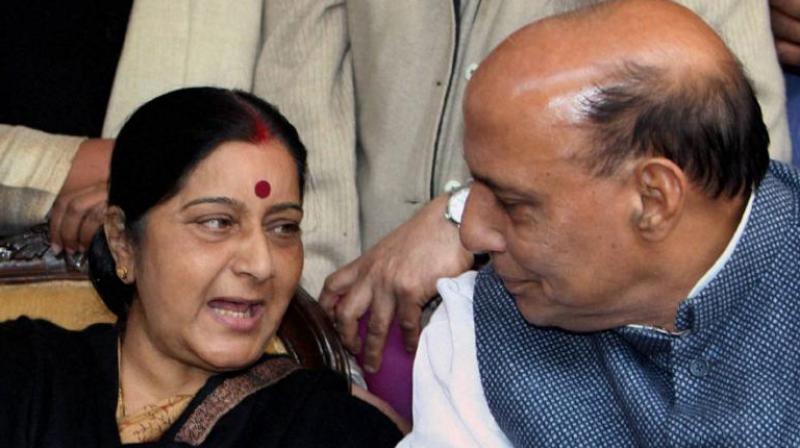 New Delhi: Ahead of the Parliament’s Monsoon Session, the government on Friday briefed Opposition parties on two contentious issues — the ongoing stand-off with China and the prevailing security situation in Kashmir after the Amarnath attack. The government wants to build consensus on the two sensitive issues and wants to project a united front, specially on key security matters during the monsoon session, which starts on Monday.

The general consensus at the meeting was that the government must try and engage with China diplomatically and resolve the issue through negotiations.

The government also emphasised on the “unique nature of the very close and longstanding India-Bhutan relationship” in the context of the face-off between Indian and Chinese troops in the Doklam area of Bhutan and has stressed on the responsibility to protect Bhutan’s territorial integrity.

On the Amarnath killings, some parties cornered the government on the issue of a “security failure” of the forces. The Centre tried to assure the parties that sufficient security arrangements were made, but the Opposition parties remained unconvinced.

The government, however, assured that it would deal firmly with the violence in Kashmir, including the subversive elements responsible for the recent Amarnath killings. The Opposition was also informed about the increased security measures put in place, including along the border and LoC,  to contain violence in the Valley following the killing of top Hizbul Mujahideen commander.

From the Congress, Mallikarjun Kharge and Ghulam Nabi Azad attended the meeting. Mulayam Singh Yadav of Samajwadi Party, Sitaram Yechury from CPM, Sharad Yadav and K.C. Tyagi of JD(U), Tariq Anwar from NCP and Derek O’ Brien from Trinamul Congress were also a part of the meeting.

Opposition, especially, Congress vice-president Rahul Gandhi has been critical of the government’s handling of tension with China in the Sikkim sector and the security situation in the Valley.

Mr Gandhi had questioned Prime Minister Narendra Modi’s silence on the China stand-off and even expressed concern on the Kashmir situation alleging that Centre was pursuing only “short term political gains” from the PDP-BJP alliance in the state.

On the China issue, sources said that the government maintained that it wanted good relations with its neighbours but did not want to compromise on the country’s security and strategic interests. Following the meeting, Mr O’Brien said that while all parties listened to government’s response on China, the general sense was that India should also engage diplomatically with the neighbouring country.

Union minister Ram Vilas Paswan said that the foreign minister briefed the parties on the China situation and all parties expressed solidarity and support. Congress leader Anand Sharma said that for Congress national security was paramount and the party advised the government to handle the China issue diplomatically rising above petty politics and national interest as both were important.

Senior CPM leader Sitaram Yechury added that national interest was paramount in whatever the government does and suggested that the issue be resolved through negotiations.