Apart from 8 passengers, the drivers of both the vehicles died on spot. The injured were taken to Thanjavur Medical College Hospital. 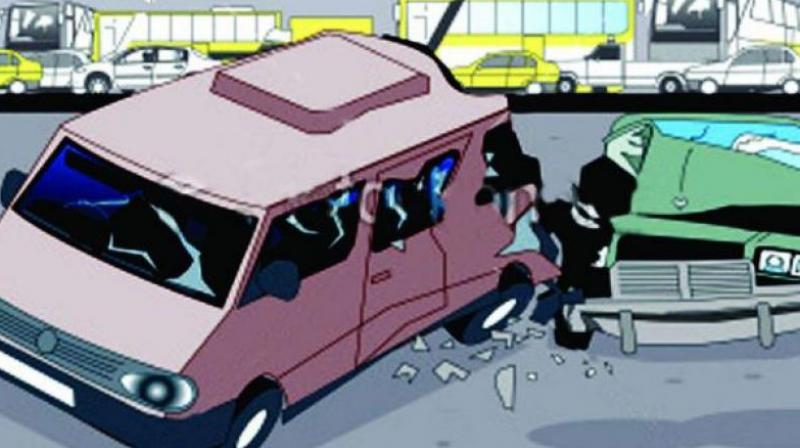 Chennai: Ten people were killed and at least 23 injured as a bus rammed into a truck transporting steel rods on an overbridge in Tamil Nadu's Thanjavur district, on Friday.

The steel rods pierced some of the passengers, NDTV reported the police saying.

Travelling from Tiruppur to Kumbakonam, the state-run bus which was carrying some 60 passengers, collided with the truck on an overbridge at Vallam district of the town.

Apart from 8 passengers, the drivers of both the vehicles died on spot. The injured were taken to Thanjavur Medical College Hospital.

The Tamil Nadu State Transport Corporation bus was possibly trying to overtake the truck when it lost control, a police officer said, adding that the police are yet to ascertain the actual cause of accident.

District Collector A Annadurai and Superintendent of Police J Mahesh have visited the site of the accident.

The office of Tamil Nadu Chief Minister Edapaddi Palanisamy said, the families of the 10 deceased have been promised Rs 1 lakh each. The state also announced Rs 50000 for each of those injured in the accident.