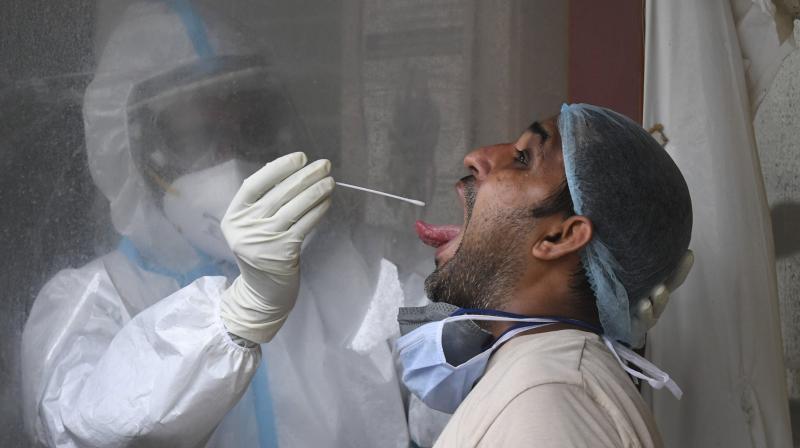 A medic collects a swab sample of a man for COVID-19 testing, during the ongoing nationwide lockdown, in New Delhi. PTI photo

Delhi recorded 2,224 fresh coronavirus cases on Sunday in the highest single-day spike, taking the tally to over 41,000, while the death toll due to the pandemic mounted to 1,327.

The previous biggest single-day spike was on June 3, when the city witnessed 1,513 fresh coronavirus cases.

Delhi reported its first COVID-19 case on March 1, when a businessman in east Delhi was diagnosed with the disease after returning from Italy.

Amid the surge in coronavirus cases, the Delhi government has said the current doubling rate of the infection in the city is 14 days. By that estimation, it will see over 56,000 cases in the next two weeks.

The cases will explode to 5.5 lakh by July-end, the government had said.