A Commission of Inquiry is one of the UN’s highest-level probes, generally reserved for situations like the conflict in Syria. 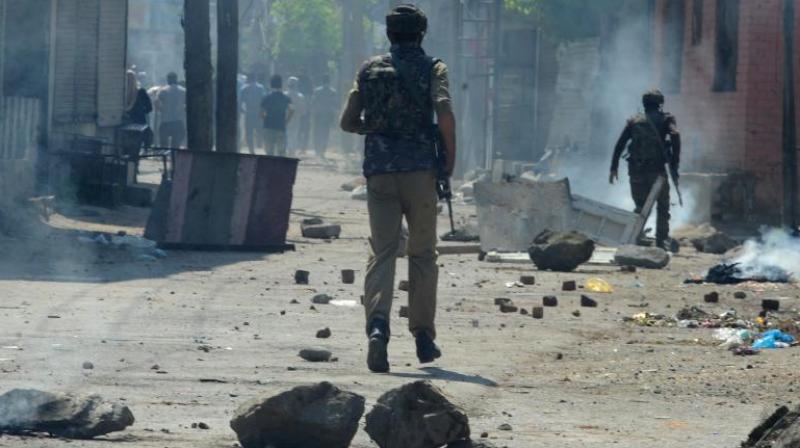 India is firmly opposed to any self-determination on the basis of a plebiscite - which is demanded by Kashmiri separatists and Pakistan - as it considers J&K to be an integral part of India.

New Delhi/Srinagar: In a huge jolt to India, a UN body on Thursday released the first-ever report on alleged human rights violation in Kashmir and demanded an international probe into it, evoking a sharp reaction from India which termed the document as “fallacious, tendentious, motivated” and “questioning the intent” behind it.

Releasing the controversial 49-page report in Geneva that alleges “human rights violations and abuses on both sides of the Line of Control (LoC)”, and highlights “a situation of chronic impunity for violations committed by security forces,” Zeid Ra’ad Al Hussein, the United Nations high commissioner for human rights, said that he will be urging the “UN Human Rights Council to consider establishing a commission of inquiry to conduct a comprehensive, independent, international investigation into allegations of human rights violations in Kashmir”.

A Commission of Inquiry is one of the UN’s highest-level probes, generally reserved for situations like the conflict in Syria.

More worryingly, the report released by UN High Commissioner for Human Rights (UNHCHR) calls upon India to “fully respect the right of self-determination of the people of Kashmir as protected under international law”.

India is firmly opposed to any self-determination on the basis of a plebiscite - which is demanded by Kashmiri separatists and Pakistan - as it considers J&K to be an integral part of India.

In a strong reaction, the ministry of external affairs (MEA) said the report is “overtly prejudiced” and seeks to build a “false narrative”.

“It is a selective compilation of largely unverified information. The report violates India’s sovereignty and territorial integrity. The entire state of Jammu and Kashmir is an integral part of India. Pakistan is in illegal and forcible occupation of a part of the Indian state through aggression,” MEA said in its strongly-worded statement.

“Afspa and the Jammu and Kashmir Public Safety Act, 1978, (PSA) have created structures that obstruct the normal course of law, impede accountability and jeopardise the right to remedy for victims of human rights violations,” the report states.

Kashmiri separatists welcomed the report, saying it was long overdue and termed as “unfortunate” its rejection by the Indian government.

The report, which focuses on both Jammu & Kashmir (consisting of the Kashmir Valley, the Jammu and Ladakh regions) and Pakistan-Occupied Kashmir (“Azad Jammu and Kashmir” and Gilgit-Baltistan), describes “internationally designated and UN-proscribed terrorist entities” Lashkar-e-Tayyaba (LeT) and Jaish-e-Mohammed (JeM) as “armed groups” and terrorists as “leaders”.

Terming terrorism as “the most egregious violation of human rights”, India accused the report’s “authors as having conveniently ignored the pattern of cross-border terrorism emanating from Pakistan”.

India said it was “disturbing that those behind this report have chosen to describe internationally designated and UN-proscribed terrorist entities as ‘armed groups’ and terrorists as ‘leaders’ and that this undermines the UN-led consensus on zero tolerance to terrorism”.

New Delhi said India’s “protest and views in the matter have been conveyed unequivocally to the Office of the High Commissioner for Human Rights” and that it is “deeply concerned that individual prejudices are being allowed to undermine the credibility of a UN institution”.

Neither India nor Pakistan allowed the UNHCHR access to Kashmir, so Mr Hussein said the report was a result of “remote monitoring”.

The “Report on the Situation of Human Rights in Kashmir: Developments in the Indian State of J-K from July 2016 to March 2018, and General Human Rights concerns in Azad J-K and Gilgit-Baltistan” suggests establishing independent, impartial and credible investigations to probe all civilian killings since July 2016 (when the killing of Hizbul Mujahideen terrorist Burhan Wani sparked massive protests) and abuses committed by armed groups.

Referring to the use of pellet guns by Indian security forces in the Valley, the report cites “civil society estimates to say that up to 145 civilians were killed by the security forces between mid-July 2016 and the end of March 2018, with up to 20 other civilians killed by armed groups in the same period”.

A gleeful Pakistan “welcomed the proposal” to “establish a commission of inquiry for international investigation into human rights violations” in Kashmir. Islamabad, however, chose to gloss over the fact that the report has also indicted the Pakistan Army for supporting militants at the LoC and has also criticised human rights violations in Pakistan-administered Kashmir.

The report says human rights violations in “Pakistan-Administered Kashmir” (PoK) “are of a different calibre or magnitude and of a more structural nature”.

It notes that “armed groups” have “committed a wide range of human rights abuses, including kidnappings and killings of civilians and sexual violence”, going on to admit that “despite the government of Pakistan’s denial of any support for these groups... a number of experts have concluded that Pakistan’s military continues to support their operations across the LoC”.