Woman, along with others were demanding that CM should fulfil promise to relax height criteria for female police aspirants. 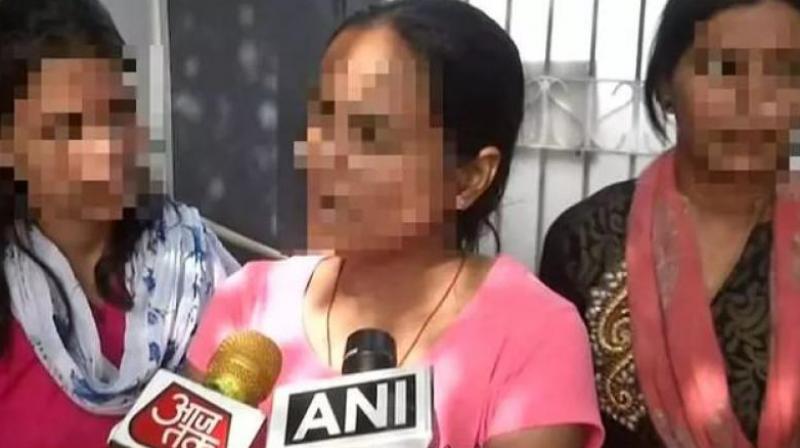 Bhopal: A woman who was arrested for allegedly creating ruckus at Madhya Pradesh Chief Minister Shivraj Singh Chouhan's function on Wednesday has claimed that she was forced to undergo a pregnancy test in jail in front of men.

The woman was among the nine who were arrested when they intruded into the Chief Minister’s programme at Lal Parade Ground in Bhopal demanding that Shivraj Chouhan fulfil his promise that women police aspirants would get a relaxation in height criteria.

The nine women were released on Thursday.

Speaking to PTI, the woman, on condition of anonymity, alleged that all the nine arrested women were forced to undergo a pregnancy test in jail in front of men.

"We were forced to take a pregnancy test in front of men," the woman said.

Her allegation was, however, refuted by Central Jail superintendent Dinesh Nargawe who said that the women were made to undergo a urine test, including for pregnancy, as stipulated by the prison manual.

He denied that the women were made to take the test in front of men.

"There is no question of women undergoing the test in front of men. It is absolutely false," Nargawe said.

"In October, MP Chief Minister Shivraj Singh Chouhan had announced that he would relax the height criteria for women police aspirants by two centimetres," the 26-year-old woman said.

She said that the group of women had been protesting at the Yadgaar-e-Shahjehani Park for the past three days and had gone to the CM's function to demand the implementation of the height relaxation promise.

The women were arrested yesterday under section 151 (arrest to prevent the commission of cognisable offences) of the Code of Criminal Procedure (CrPC) and a Sub Divisional Magistrate's court had sent them to jail. The opposition Congress, meanwhile, hit out at the state government.

"What can be more shameful that the niece (women) who had gone to meet their Mama, (maternal uncle, a reference to Chouhan) in the darkness of night against rules were sent to jail.. after their release today these spinsters nieces have alleged that they underwent pregnancy test in front of the men.. Shameful," state Congress spokesperson Narendra Saluja tweeted.