Zargar is a resident of central Srinagar and heads the Al-Umar Mujahedin group. 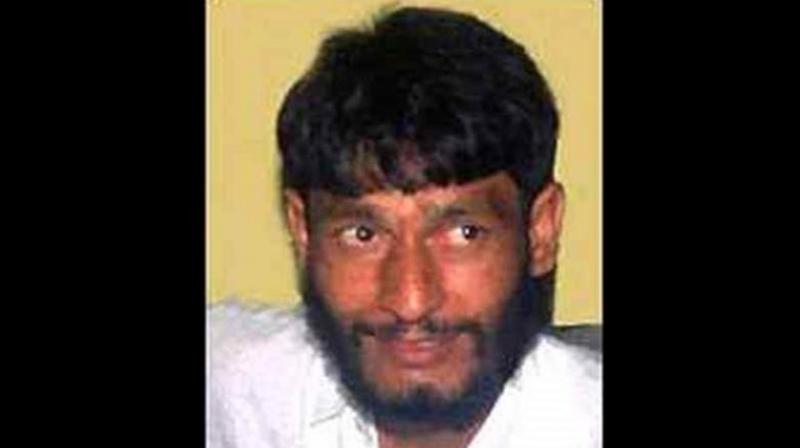 Srinagar: The Kashmir Valley witnessed a series of grenade attacks at the camps and foot patrols of security forces during the past few days, leaving more than a dozen personnel injured. Following the attacks, the security forces particularly the CRPF and the J&K police have been put on high alert “to avert such attacks or, at least, minimise casualties if these do take place in future.”

The terror strikes were reminiscent of the militant pursuits witnessed during the heyday of urban insurgency in the Valley and the man who claimed responsibility for these is Mushtaq Ahmed Zargar, the most feared militant commander then.

“We together with Jaish-e-Muhammad carried out these attacks. We plan more such and similar attacks as we strongly believe in armed struggle being the only option left to free our Kashmir from the Indian yoke,” he telephoned this newspaper to say.

Zargar, a resident of central Srinagar, heads Al-Umar Mujahedin group. He was provided safe passage to Pakistan after he was with Moulana Masood Azhar and Omar Saeed Sheikh swapped with the passengers of hijacked Indian Airlines IC 814 at Kandahar (Afghanistan) in December 1999.

Azhar and he became closer to each other in jail after the latter’s arrest on May 15, 1992. Azhar was already in jail and reportedly promised Zargar that he would ensure he too is freed with him ‘if the plan to get me out of here is executed successfully.”

“I’m Mushtaq Zargar, the Al-Umar Mujahedin chief. I’m in Doda (a district in eastern Jammu region) and am speaking to you on behalf of my organisation and Jaish-e-Muhammad. We together carried out the attacks and we do plan more such and similar strikes for we strongly believe India understands only the language of violence. The musallah jadujuhad (armed struggle) is the only way out as it alone can drive the occupying forces out and free our Kashmir from the Indian yoke,” he said.

50-year-old Zargar nicknamed as Latram, a professional photographer’s son and himself a coppersmith by profession, grew up in Srinagar which became a hotbed of militancy after four local youth – Ashfaq Majeed Wani, Muhammad Yasin Malik, Abdul Hameed Sheikh and Javed Ahmed Mir- crossed over to Pakistan to get arms training in 1988. On their return to the Valley, these Jammu Kashmir Liberation Front (JKLF) cadres formed a group called ‘HAJY’ which “inspired” many Kashmiri boys to turn to the gun. Zargar was one among them although he was already associated with the “freedom movement” and figured in police records for his involvement in anti-India activities and violence.

After Wani’s death during armed confrontation with the security forces in Srinagar’s Hawal area in March 1990, he had ideological differences with the JKLF which stands for reunification of Jammu and Kashmir to make it a sovereign and independent country and soon founded Al-Umar Mujahedin  which favours the Muslim majority state’s merger with Pakistan.

Al-Umar Mujahedin remained very active between 1991 and 1995, mainly in Srinagar, and was involved in many incidents of violence and kidnappings.

Zargar became a household name in Kashmir and beyond and was soon listed on the security forces’ “most dreaded terrorists.” He was, however, arrested during a “smooth and bloodless” raid at a residential house in Srinagar’s Safar Kadal area. A report had said that the BSF officer who captured him was not even knowing about the “big catch fallen into his hand like a ripe cherry” till Zargar’s identity was established.

After his arrest, the house was levelled by angry crowds amid rumours that the owner lady had leaked information about Zargar’s presence there to the security forces but the investigations done later proved the charge wrong and she was helped by locals to rebuild her house.

Immediately after his release, Zargar renewed the activity of Al-Umar Mujahideen in Muzaffarabad but the outfit has remained more or less defunct in Jammu and Kashmir over the years. However, Zargar said, “We were very much there but have decided to be more active now.” Using a satellite phone, he said, “Ramazan mubarak to you…The grenade attacks in Tral, Pulwama, Awantipora and Safar Kadal were carried out jointly by Jaish-e-Muhammad and Al-Umar Mujahedin. We will step up such actions together. Our armed struggle would continue till the last Indian (security force) man is present in occupied Kashmir. We will fight till the last drop of our blood. The only solution of Kashmir dispute is musallah jadujuhad”. He added, “India forcibly occupied Jammu and Kashmir in 1947. We will continue to fight and fight till it is thrown out."

The police officials here said they were aware of the involvement of the Jaish-e-Muhammad and Al-Umar Mujahedin in the recent terror strikes. “We are on it. In the month of Ramazan escalation does take place and we will take measures to prevent  such strikes. The situation is under control,” J&K’s Director General of Police, Shesh Paul Vaid, told reporters.

The police in close coordination with other security forces on counter insurgency assignment and various intelligence agencies are keeping close watch on the movement of people who had been associated with Al-Umar Mujahedin in the past, sources said.