The Home Ministry is closely monitoring the situation and assisting the state govt to restore normalcy and peace in the district. 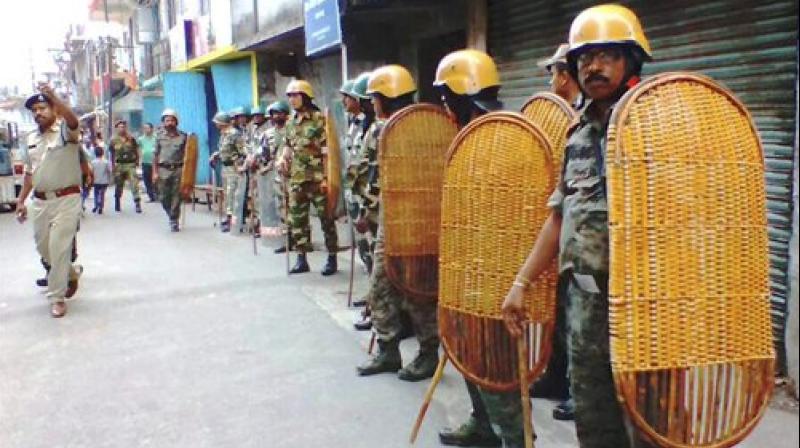 New Delhi: The Centre on Thursday rushed 400 additional paramilitary personnel to Darjeeling, taking the total number to 1,400, to assist the local administration there to restore peace and normalcy.

"As many as 400 paramilitary personnel were sent to Darjeeling to help the state government on their request to maintain law and order," a home ministry official said.

Around 1,000 personnel, including 200 women, have already been deployed in Darjeeling. The West Bengal government is yet to send a report on the prevailing situation in Darjeeling which has witnessed violence in the last few days.

The Home Ministry is closely monitoring the situation in the hill district and assisting the state government to restore normalcy there.

As their indefinite shutdown continues, protesters demanding a separate state of Gorkhaland pelted stones at police in various parts of Darjeeling as they were stopped from enforcing their shutdown in many government offices.

Gorkhaland supporters had also vandalised government offices in Darjeeling as the Gorkha Janmukti Morcha (GJM)-sponsored indefinite shutdown forced tourists out of the picturesque hill station due to threat of violence.

The GJM, which controls the Gorkhaland Territorial Administration (GTA), has called a shutdown of all state and GTA offices to press its demand for creation of a separate state.