India   All India  15 Jun 2017  Situation demanded such step: Congress MLA after beating up farmer in Maharashtra
India, All India

Situation demanded such step: Congress MLA after beating up farmer in Maharashtra

This incident comes at a time when the farmers have been agitating across the country for loan waivers and better cash for their produce. 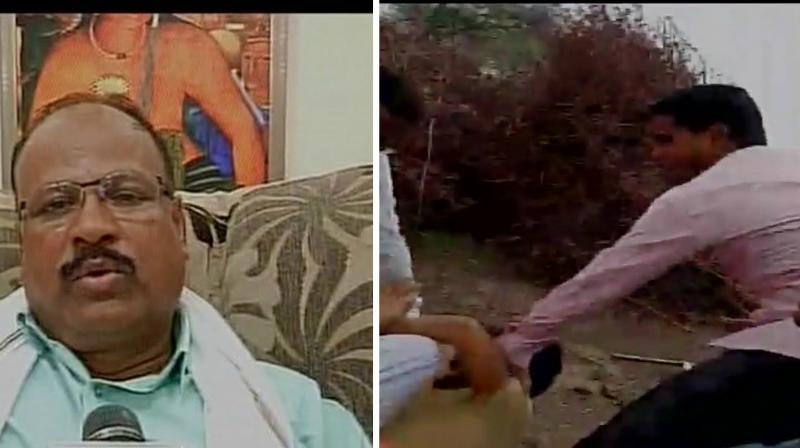 Aurangabad: Even as the Maharashtra government assuaged the anger of farmers by waiving off their loans, a video of a farmer getting beaten up by a Congress MLA from Sillod along with his supporters has gone viral.

When asked the reason behind it, Nabi said, "The land belongs to Dalit brothers. I don't have any connection with it. The situation at that time was such that I had to take that step."

This incident comes at a time when the farmers have been agitating across the country for loan waivers and better cash for their produce.

On June 1, farmers from the Ahmednagar district went on a strike followed by many farmer groups in other parts, who tried to suspend vegetable and milk supply to Mumbai.

Last week, a farmer in the Solapur district, before ending his life due to debt, wrote that unless the Chief Minister visits his farm, his body should not be cremated.

Also, Madhya Pradesh's Mandsaur has become the epicentre of farmers' agitations over a demand for loan waivers and better prices for their produce.

Section 144 was later revoked ahead of the visit of MP Chief Minister Shivraj Singh Chouhan's visit to the families of the deceased.