The Pakistan Army resorted to shelling of mortar bombs and firing of small arms and automatic weapons on forward posts and civilian areas. 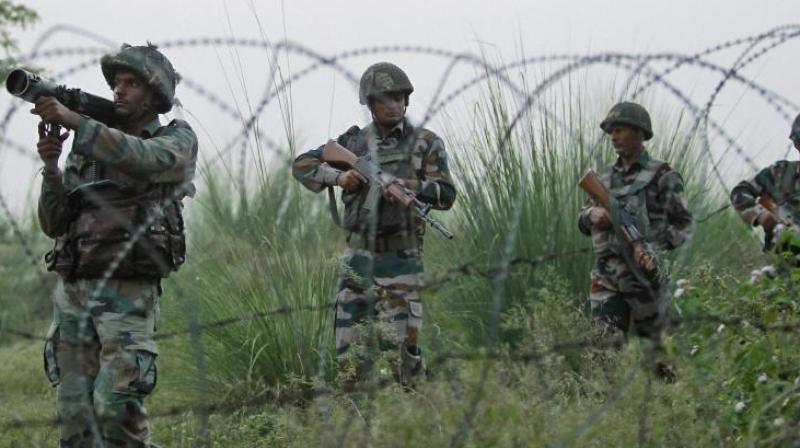 Jammu: Two Pakistani soldiers were killed in fierce retaliation by Indian troops as Pakistan Army on Thursday violated ceasefire thrice along the Line of Control in two sectors in Rajouri and Poonch districts of Jammu and Kashmir.

The Pakistan Army resorted to shelling of mortar bombs and firing of small arms and automatic weapons on forward posts and civilian areas in the region.

In escalated terror violence in Kashmir, militants engineered seven grenade attacks and firing incidents in the Valley yesterday in which 14 policemen were injured and four rifles snatched by militants from the them.

Before this third ceasefire violation in the day, the Pakistan Army initiated indiscriminate firing of small arms, automatics RPG, Recoilless Rifles from 0930 hours in Naushera sector along the LoC in Rajouri district today, he said.

Indian Army posts are retaliating strongly and effectively and firing is presently on, he said.

Earlier, Pakistan carried out indiscriminate firing from 0500 hours to 0545 hours in Bhimbher Gali sector in Poonch along the LoC, he added.

There were 3 ceasefire violation on June 12.