The industry is a key source of revenue for the government, e-auctioning will be the first step towards its resumption. 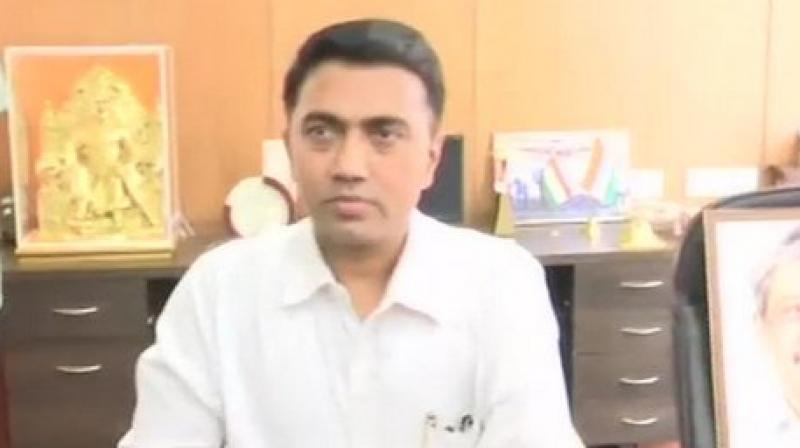 'After the process of e-auction starts, the government will formulate a Mining Dump Policy by July', Sawant said. (Photo: ANI I File)

Panaji:  Goa Chief Minister Pramod Sawant has said his government would conduct an e-auction of the piles of low-grade iron ore lying across the state, as the first step towards resumption of the mining industry.

Sawant held meetings with mine owners and government officials on Tuesday to work out a solution for the resumption of the industry, which came to a halt in March 2018 after the Supreme Court quashed the renewal of 88 mining leases.

The industry is a key source of revenue for the government.

Sawant told reporters here on Tuesday that various dumps of low-grade iron ore lying across Goa would be e-auctioned to restart mining activity in the state.

After the process of e-auction starts, the government will formulate a Mining Dump Policy by July, he said. The Chief Minister, who also holds mining portfolio, has asked the Directorate of Mines and Geology to provide the inventory of dumps lying across the state.

He said resumption of mining was his government's priority as the closure of the industry was affecting the livelihood of thousands of people across the state.

The mining stakeholders also urged the government to take steps to restart the iron ore extraction activity in the state, he said. "We have sought more details from the stakeholders which would be useful to fight cases in the Supreme Court and also to work out a solution as soon as possible," he added.

Around two lakh people dependent on the mining industry in Goa are demanding that the central government amend the existing laws to make way for its resumption in the coastal state.