ICSE and ISC results declared, 64 students get more than 99 per cent

In Class 12, the top score was 99.5 per cent, bagged by seven students from across the country. 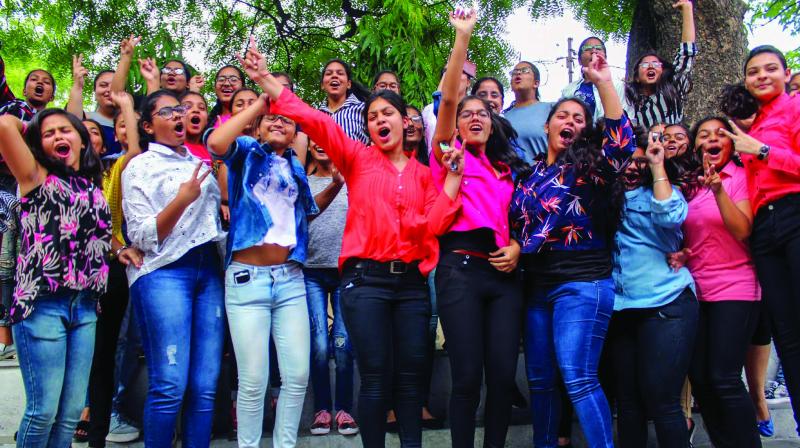 Students celebrate after the announcement of ICSE and ISC results in Meerut. (Photo: PTI)

New Delhi: The results for Class 12 and Class 10 exams by Council for the Indian School Certificate Examination (CISCE) were declared on Monday, with girls once again outscoring boys

Mumbai boy Swayam Das emerged the Class 10 all-India topper with 99.4 per cent. Jalandhar’s Jasmin Kaur Chahal and Mumbai’s Anokhi Amit Mehta jointly bagged the second position with 99.2 per cent each. The third position was shared by Class 12 students who scored 99 per cent each.

“We did not follow any moderation policy. Also, there was no spiking of marks. Despite that the number of students scoring above 99 per cent has increased this year,” he told reporters.

A total of 1,83,387 stude-nts from 2,161 schools had appeared for the Class 10 examination, which was conducted in 61 written subjects. Of these, 22 were Indian languages, 10 foreign languages and one classical language.

In Class 12, 80,880 students from 1,034 schools appeared for the exam, which was conducted in 48 written subjects. Of these, 14 were Indian languages, five foreign languages and two classical languages.