India   All India  15 May 2018  After Karnataka, ‘Congress khojo abhiyan’ in country: Chhattisgarh CM
India, All India

Early trends have suggested that BJP has crossed halfway mark in Karnataka. 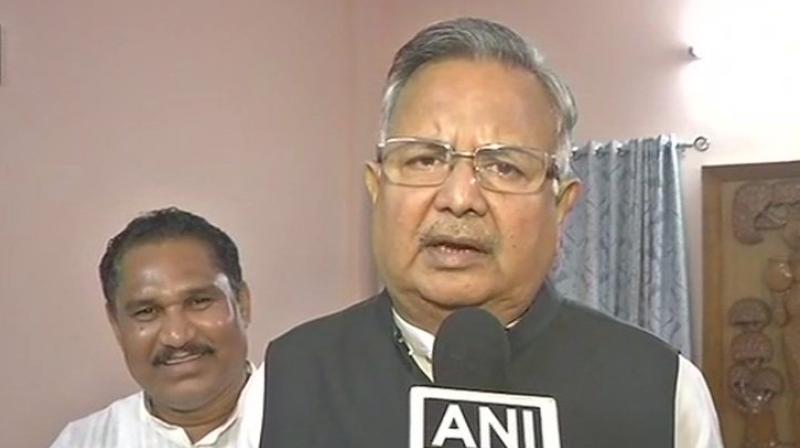 Chhattisgarh CM Raman Singh said, 'This is a historic win for BJP. I want to thank all the people of Karnataka for voting for us.' (Photo: ANI/Twitter)

New Delhi: With the Congress moving towards another electoral defeat and BJP set to win Karnataka, Chhattisgarh Chief Minister Raman Singh welcomed BJP’s lead in the state and also took a dig at Congress’ losses.

“This is a historic win for BJP. I want to thank all the people of Karnataka for voting for us. Ab desh mein Congress khojo abhiyan chalega, kahaan rahegi pata nahi (Now, ‘search for Congress’ campaign will run across the nation. No one knows in which state the Congress will remain in power),” Raman Singh told news agency ANI.

Early trends have suggested that the BJP has crossed halfway mark in Karnataka with the party leading in over 112 constituencies of the state Assembly.

Voting, which took place on May 12, saw Karnataka’s highest voter turnout (72.13 per cent) since the 1952 Assembly elections.