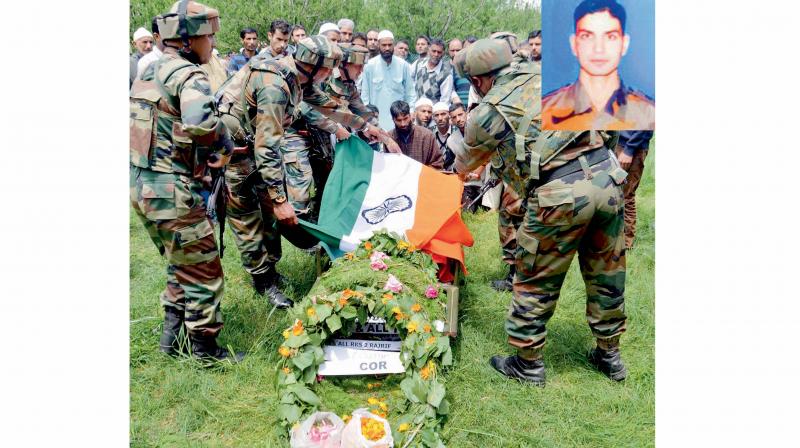 The unrest among students in Kashmir triggered by the April 15 police raid in a college in southern Pulwama and mishandling of initial protests set off by it moved towards smaller towns and villages past week. At each eruption, the uniformed forces could not think beyond just using force on the agitating students. On the other hand, the government responded by ordering closure of each school or college whose students — male or female — chose to take to the streets. Ostensibly no one gave thought to the fact that unrest among students is only an expression of discontent and nothing else and that this discontent which has roots in the political issues faced in the Valley cannot be cured by what is called police method.

While the streets in many parts of the Valley, throughout the week, witnessed ding-dong battles between angry students and the security forces, the Line of Control heated up again at several places with the facing troops using their arsenal to target each others’ positions in the frontier region.  After each such strike, the rivals blamed each other for starting firing which was neither new nor unusual.

But the incident which hit the headlines and continues to dominate the news is the gruesome murder of a young Army officer by suspected militants in Shopian district. Ummer Fayaz Parray, 22, was kidnapped by two masked gunmen from his maternal uncle’s home in Batpora village of Kulgam district on the May 9 night. His bullet-riddled corpse was found in Harmain area of neighbouring Shopian the next morning. Parray, a lieutenant in the Army’s 2 Rajputana Rifles and posted in Akhnoor area close to the LoC in Jammu region, was on leave to be part of the marriage celebration of his cousin.

It was his first leave after joining the Army in December last year which turned out to be his last and the wedding gathering he had joined turned into his funeral procession. The gory incident evoked a nationwide outrage and renewal of the pledge by the government that “terrorism will be eradicated from the Valley at any cost”. At a place where bloodshed and deaths have become a daily affair and infringement of human rights by all parties to the conflict continues unabated, the silver lining is that Fayaz’s murder was openly deplored by many people including on social media. Perhaps, it was the rage in sections of Kashmir’s majority community that the separatists and militants also condemned the unarmed officer’s murder and openly questioned the act of targeting a non-combatant. The police have, however, named three Hizb-ul-Mujahideen cadres who are behind the murder and said that a massive manhunt is underway. The Army has vowed   to “bring the perpetrators of this heinous act of terror to justice”.