India   All India  15 May 2017  Will introduce 'law' if SC strikes down triple talaq: Centre
India, All India

Will introduce 'law' if SC strikes down triple talaq: Centre

The govt will come out with law to regulate marriage and divorce among Muslims if court holds triple talaq as invalid, Rohatgi said. 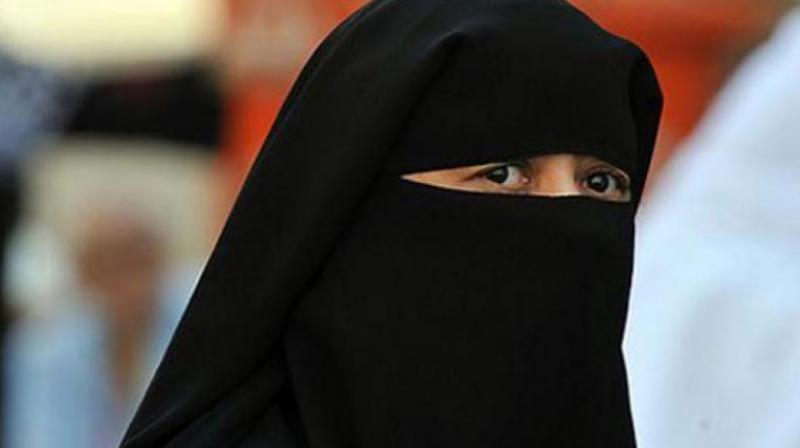 The top court said that they have limited time, so all the matters could not be covered at present. (Representational Image)

New Delhi: With the hearing over triple talaq entering its third day today, the Centre on Monday assured the Supreme Court that it will come out with a law to regulate marriage and divorce among Muslims if triple talaq is upheld as invalid.

"The government will come out with law to regulate marriage and divorce among Muslims if court holds triple talaq as invalid," Attorney General Mukul Rohatgi told the bench.

Rohatgi also conveyed to the apex court bench that triple talaq violates Muslim women's right to equality within the community, and also within the country.

Earlier in the hearing today, the Supreme Court refused to hear all the three cases of Polygamy, Nikah and Halala at once, saying it will focus on one matter at a time.

The Attorney General and top law officers representing the Central government arguing in front of the five judge Constitution bench said the apex court should hear other cases also, beside triple talaq.

However, the top court said that they have limited time, so all the matters could not be covered at present.

On the second day of the hearing last Friday, senior Congress leader Salman Khurshid, who is the amicus curiae in the matter, said before the Supreme Court that the controversial Islamic divorce system cannot be justified whatsoever.

"There was a discussion that whether triple talaq is valid constitutionally. Substantiating my view with reasons and examples, I asserted that it cannot be justified and cannot be given law's validation," Khurshid said during the hearing.

The Centre, earlier on May 11, told the apex court that it opposes the triple talaq practice and wants to fight for women equality and gender justice.

However, All India Muslim Personal Law Board (AIMPLB) counsel Kapil Sibal told the apex court that triple talaq is a matter that comes under the Muslim board and therefore, in his opinion, the top court should not interfere in it.

"The Central Government makes rules but in my opinion the apex court should not interfere into it," Sibal said.

While hearing several pleas filed by Muslim women challenging the practice of triple talaq, the apex court observed that it would examine whether the issue is fundamental to religion or not.

A five-judge bench of the apex court further observed that it would not hear polygamy issue along with the triple talaq case.

Relentless debates on the validity and plausibility of this practice were instigated soon after one petitioner, Shayara Banu, challenged the Muslim personal law over instantaneous application of triple talaq (talaq-e-bidat), polygamy and nikah-halala.

Supporting the stance of ending the practice of triple talaq, the Allahabad High Court had earlier asserted that the rights of any person, including Muslim women, cannot be violated in the name of 'personal law'.

In December last year, the Allahabad High Court termed the Islamic practice of divorcing a woman by uttering the word "talaq" thrice "unconstitutional."

"Triple talaq is unconstitutional. It violates the rights of Muslim women," ruled the High Court, adding that no personal law board was above the Constitution.