8 coaches of Rajya Rani Express derail in UP, 2 injured

Railway Minister Suresh Prabhu had ordered an enquiry to look into the cause of the accident. 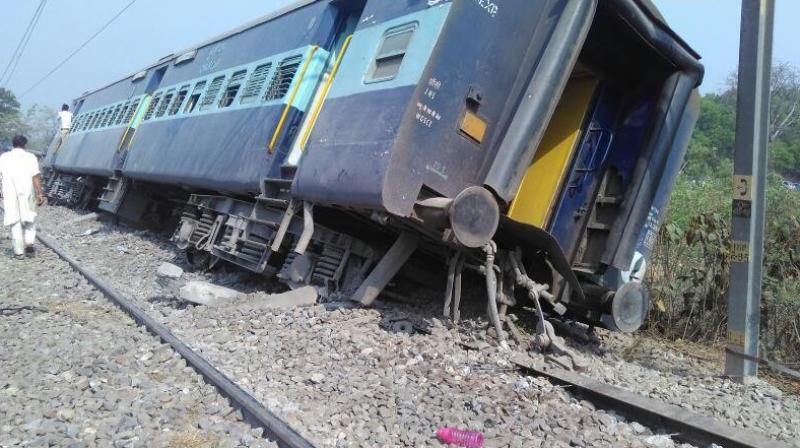 The accident happened between Munda pandey and Rampur railway stations, Northern railway spokesperson Neeraj Sharma said. He said while two passengers have been injured, there was no casualty in the accident.

Moradabad Divisional Railway Manager (DRM) has reached the spot to oversee the rescue and relief operations.

A medical team has also reached the spot, he said. The official said causes of the accidents are not known yet. Earlier, police officials in Rampur had said 15 passengers were injured and rushed to hospital.

Meanwhile, UP Chief Minister Yogi Adityanath announced Rs 50,000 each for people with grave injured and Rs 25,000 each to those with minor injuries.

Railways has also announced Rs 50,000 as a compensation to those injured in Rajya Rani Express derailment.