Hardeep Singh Puri said a proposal to bring petroleum products under the GST was taken up by the GST Council, but it 'did not find favour' 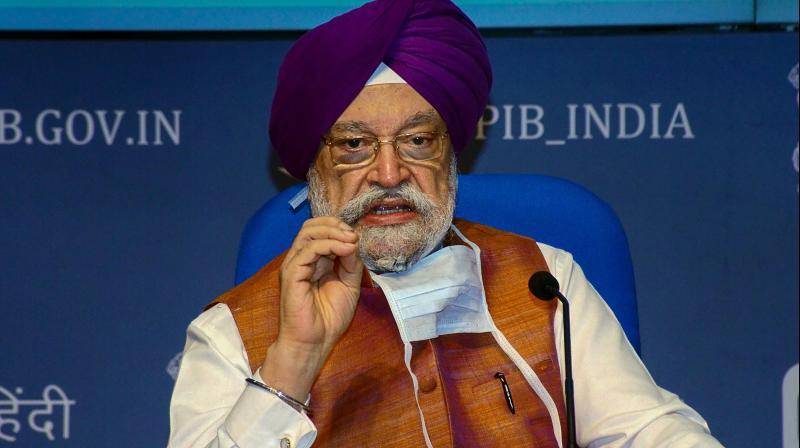 New Delhi: Petroleum minister Hardeep Singh Puri told Parliament on Monday that the government was exploring all the possible ways and would take all the necessary measures in the coming months to ensure that consumers get relief from high fuel prices. He said a proposal to bring petroleum products under the Goods and Services Tax was taken up by the GST Council, but it “did not find favour”. He added that nine states, including Maharashtra and Kerala, had not reduced VAT on petrol and diesel.

Replying to supplementaries during Question Hour in the Rajya Sabha, the minister said that since India relies on overseas purchases to meet about 85 per cent of its oil requirements, it was one of the most vulnerable nations in Asia to higher oil prices. He said: “The government will in the coming months take whatever measures we have to, to make sure that our consumers get relief to the extent that we can.”

Mr Puri noted that oil prices had shot up from $19.56 per barrel to $130 per barrel at one stage and was currently hovering at around $109 per barrel in the midst of a “war-like situation”, in an apparent reference to the ongoing Russia-Ukraine conflict.

The petroleum minister told the Upper House that fuel prices had gone up by over 50 per cent in many countries, but have remained stable and risen by a mere five per cent in India during the Covid-19 pandemic.

The minster said the levying of taxes was done going by the situation at that point of time and were raised at the time of the pandemic, but have been reduced since then.

“We brought down the Central excise, but nine states have still not brought down taxes. We are willing to take such steps that are necessary to control the prices at the bunk… We have reduced oil prices. We are ready to take other steps. Some states have not reduced taxes. There are nine states, including Maharashtra and Kerala, that have not reduced taxes on petrol and diesel,” the minister said.

Sharing the comparative price data from the United States, Canada, France, Germany, the UK, Spain and India, Mr Puri said: “All these countries have seen the price of petrol go up by 50 to 55 and 58 per cent, but in India it has only gone up by five per cent. We should be rejoicing in that… instead, we are hearing why prices have gone up.”