India   All India  15 Mar 2018  Ties with India must be based on peace, cooperation: Chinese envoy
India, All India

Ties with India must be based on peace, cooperation: Chinese envoy

'Perhaps his (Tagore's) works are more popular in China than India, if not equally popular,' Chinese Consul Ma Zhanwu said. 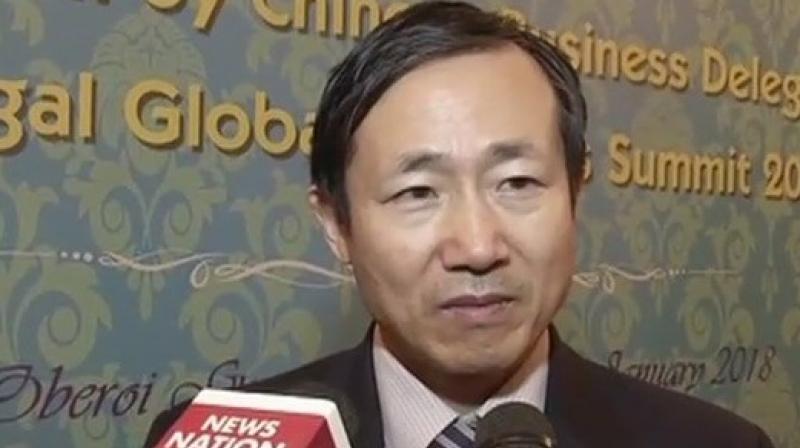 He was speaking at a seminar 'China-India Buddhist and Other Exchanges' attended by Chinese and Indian scholars and organised by the Chinese consulate, Kolkata. (Photo: ANI)

Kolkata: Chinese Consul Ma Zhanwu on Thursday called for greater interactions between China and India on the cultural front saying that the ties between the two countries existed even thousands of years ago.

He was speaking at a seminar 'China-India Buddhist and Other Exchanges' attended by Chinese and Indian scholars and organised by the Chinese consulate, Kolkata.

"You need to have a relationship based on the principles of peace, cooperation, openness, inclusiveness and of course, and mutual benefit,” the envoy said.

The consul said, there should be more effective use of names like Hiuen Tsang and Rabindranath Tagore to promote closer, stronger cultural ties and more people-to-people exchanges in the future.

"Perhaps his (Tagore's) works are more popular in China than India, if not equally popular," Zhanwu said.

He said a complete set of Tagore's works has been published in China on May 7, in 2017, that elicited very good response from the readers. Tagore's short stories and many of his poems were also very popular among Chinese students and part of school curriculum, he said.

Visva Bharati officiating Vice-Chancellor Sabujkali Sen told reporters on the sidelines of the seminar that the Chinese Consulate, Kolkata, was involved in the revamp of China Bhavan, which had been founded by Tagore 80 years back as a centre for Chinese studies.

"The Consulate has last month given Rs 60 lakh to renovate China Bhavan and always supports the student exchange programme between Visva Bharati and Chinese Universities. This is an important part in furthering people-to-people exchanges," Sen said.

A number of well-known Chinese scholars from different Chinese institutions as well as Indian scholars deliberated on the past of Indo-China exchanges, delving into history, and future possibilities.