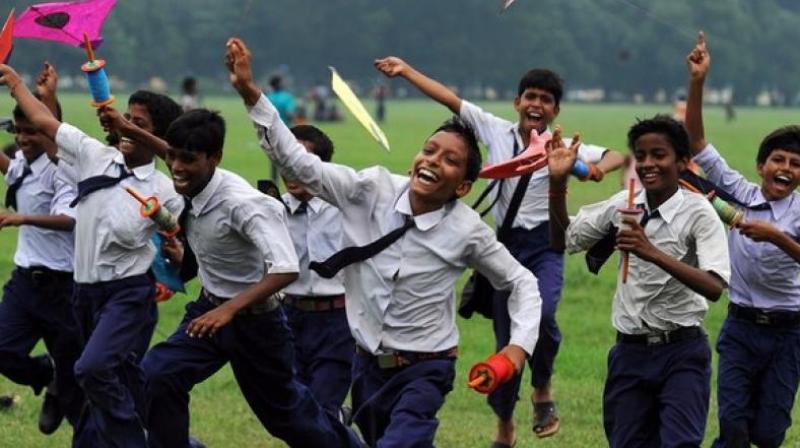 India's ranking was far behind from other neighbouring countries such as Pakistan, Nepal and China. (Photo: AFP)

New Delhi: India has been ranked 133rd in a global list of the happiest countries, according to UN-based report.

India's ranking was far behind from other neighbouring countries such as Pakistan, Nepal and China to name a few.

Among the South Asian Association for Regional Cooperation (SAARC) countries, Pakistan was ranked 75th, while Nepal was ranked at 101st. Bhutan has been placed at 97th rank and Sri Lanka at 116th position. Bangladesh is ranked at 115th in the happiness index.

Myanmar, which is embroiled in the ethnic violence between the majority Buddhists and the minority Rohingya Muslims has been placed at 130th position.

Only war-ravaged Afghanistan fared worse than India, as the former was ranked 145th.

Finland, which was ranked 5th in 2017, displaced Norway to be the world's happiest country. Norway dropped to 2nd position in the index.

The United States, which was ranked 14th last year, dropped four places to be at 18th position, while the United Kingdom was ranked 20th respectively.